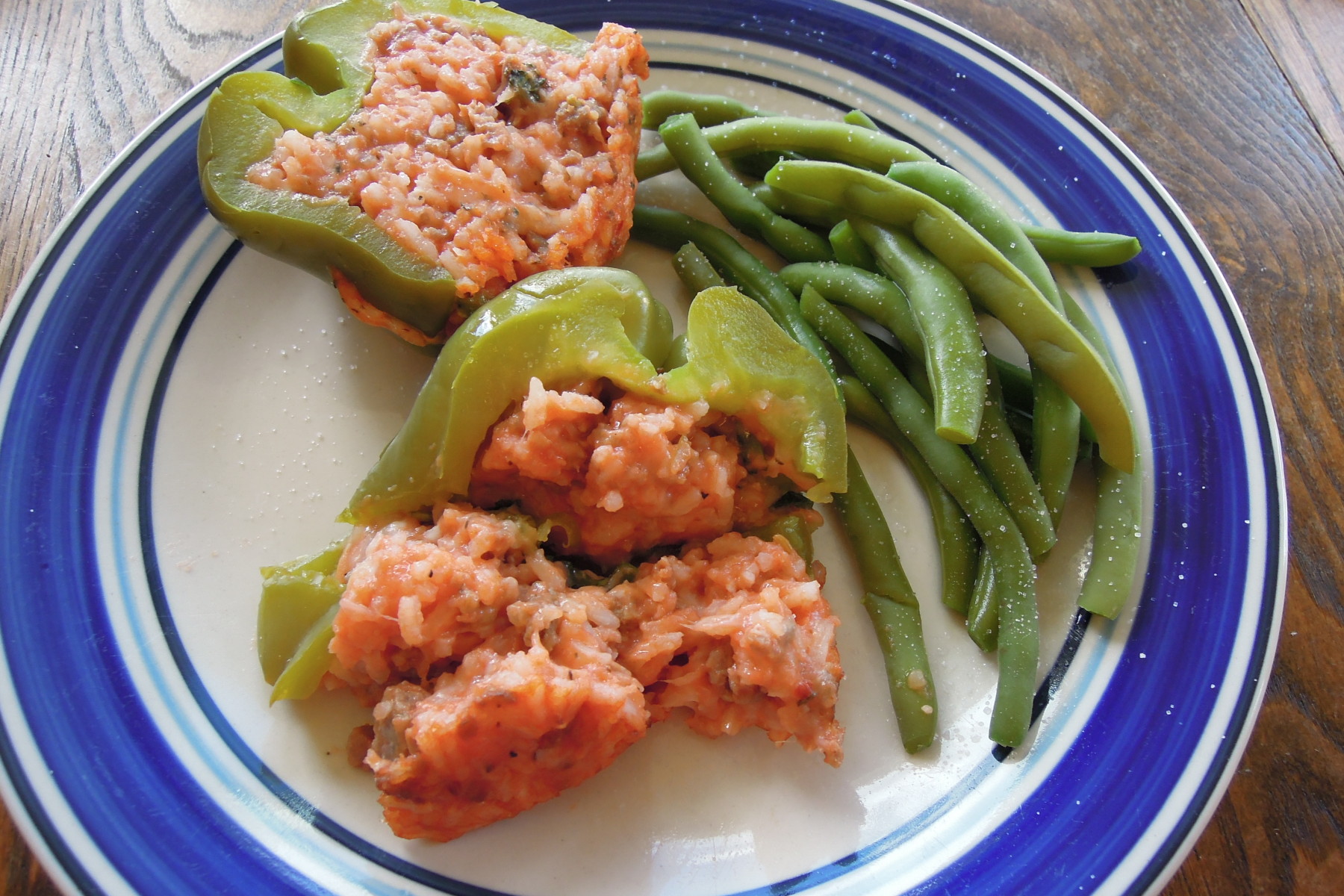 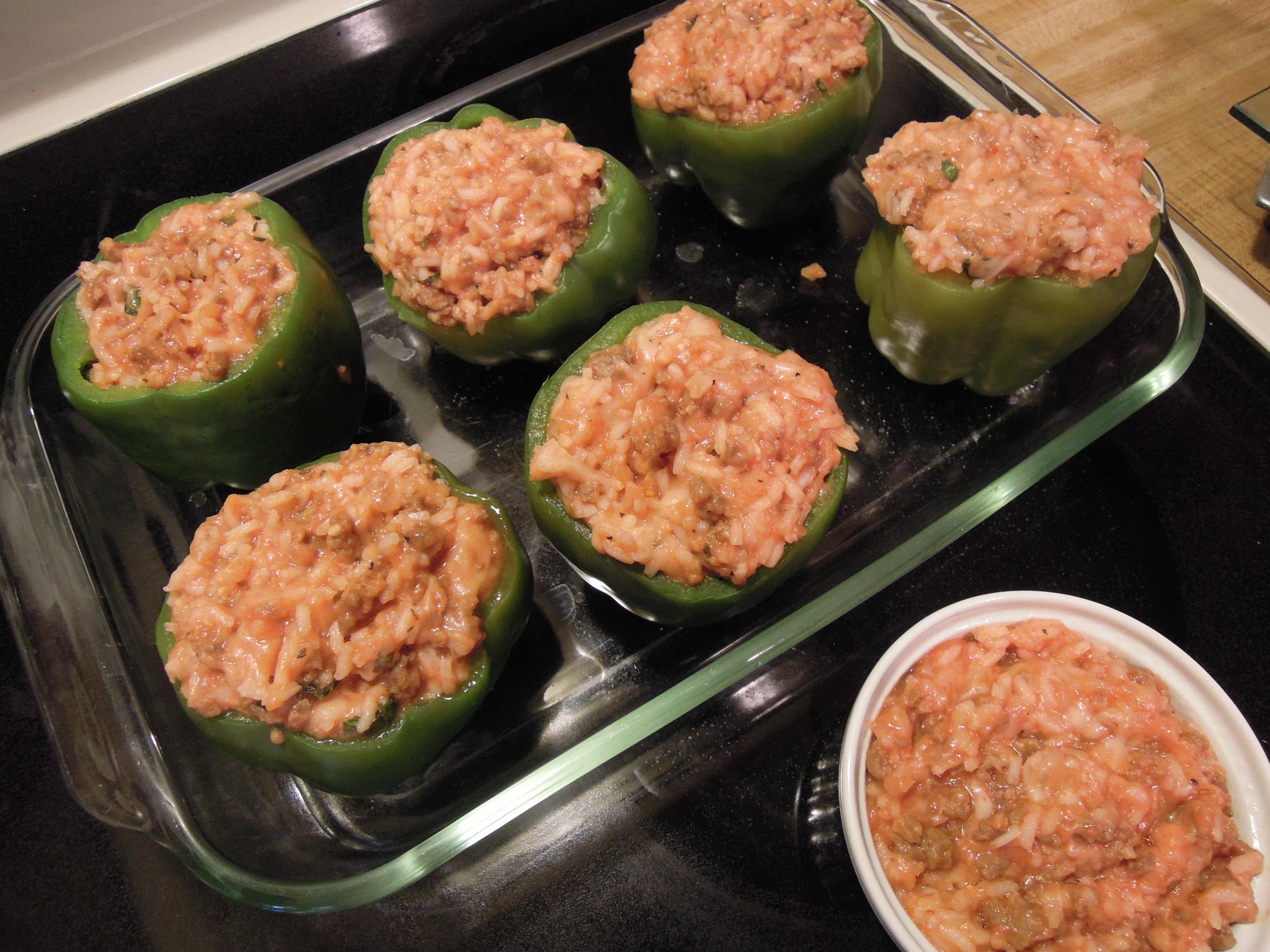 The garden harvest keeps on coming, and this twist on traditional stuffed peppers is a delicious way to use bell peppers. Most of the time, stuffed peppers are filled with a mixture of ground beef, rice, cheddar cheese, and tomato sauce, and I like them, but the sausage, mozzarella, and basil in this recipe are a nice flavor variation. As with the zucchini boats I made a few weeks ago, my kids were reluctant at first but ended up liking this dish pretty well. The filling is basically a cheesy sausage and rice casserole, so it was the main selling point for the kids. It seems my kids like Italian sausage. Many of their favorites feature sausage.

I followed this recipe as written at Brown-eyed Baker, so I am going to send you to that website to get the recipe, but I will offer some of my tips and pictures below. Click on the recipe title or the blog title to get there.

*The filling is so good on its own that you could make it by itself as a rice casserole.

*Usually stuffed peppers call for chopping the pepper tops and adding them to the filling, but not this one. I thought about doing it anyway, but I decided to reserve them for a different use because my son is not a fan. I knew it was going to be a stretch to eat the whole pepper, let alone if I had added more to the filling.

*I used a little more rice than the recipe calls for this time. I did not have any more peppers, so I put the “overflow” in a small ramekin to bake along with the rest of them. 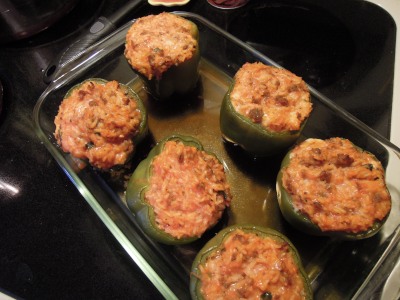 *I forgot to do it this time, but I usually add a little more mozzarella cheese to the top of each pepper to give that yummy melted cheese top to the dish.

*I have successfully frozen these before. I baked half of a recipe and froze the other half before baking. The recipe calls for pouring some beef broth over the peppers before baking, so I put the unbaked peppers in a container along with a little baggie of beef broth. When I wanted to use the peppers, I took them out and thawed them in the refrigerator a day ahead. I was able to use the reserved beef broth for drizzling over the peppers to bake them without having to use water instead or open a new can of broth for just a little. It worked great.