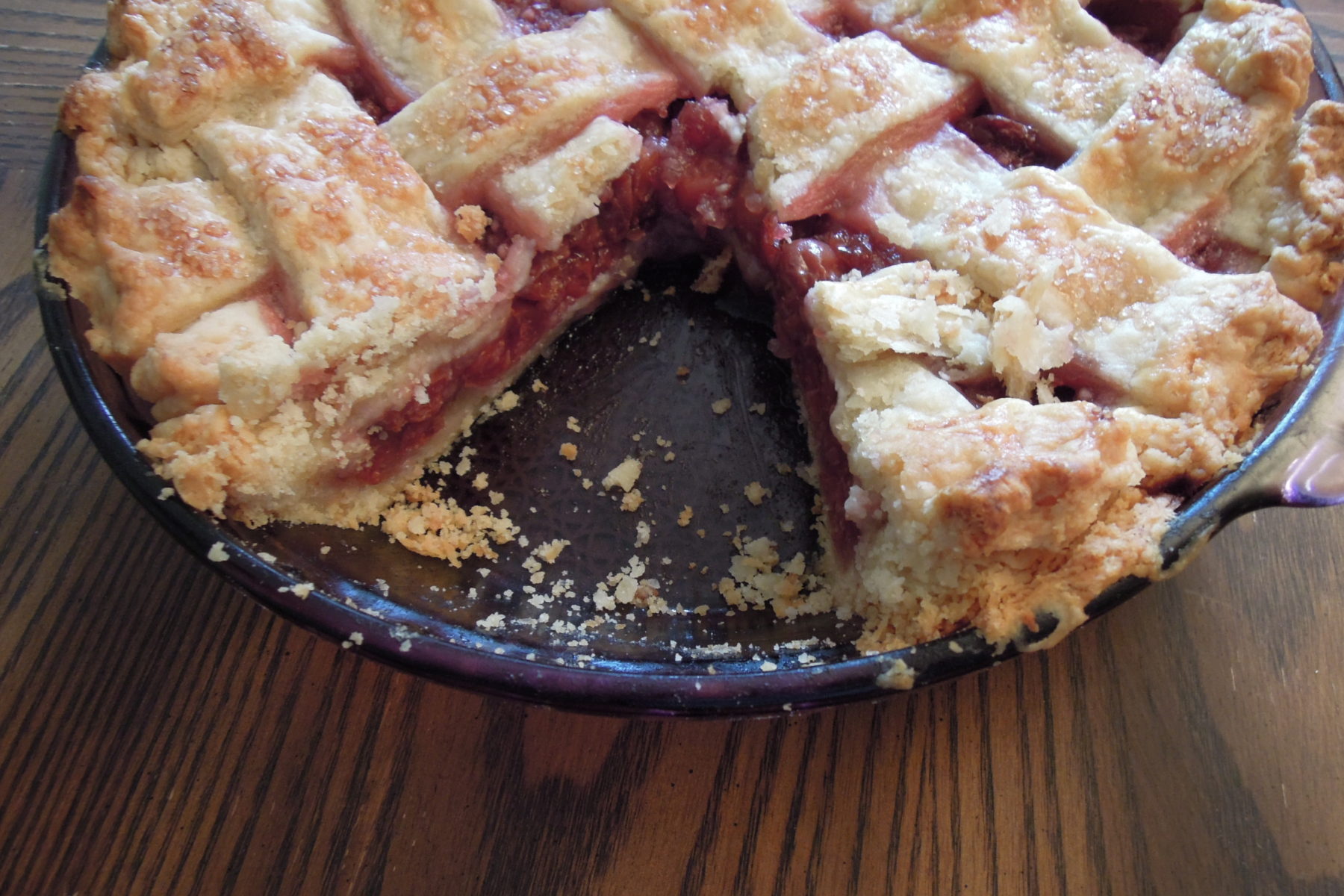 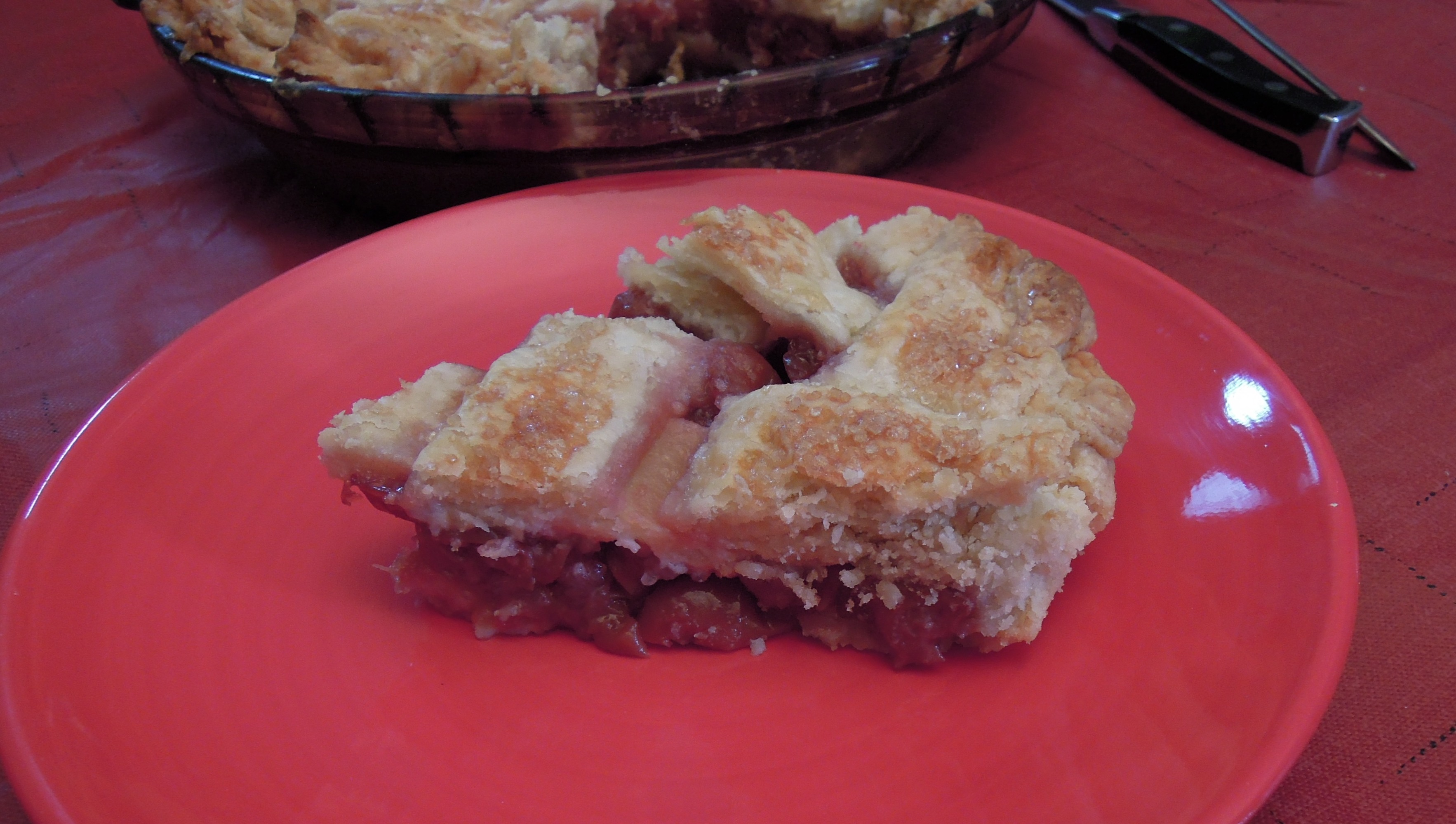 I don’t really understand the phrase, “Easy as pie.” Homemade pie isn’t really that easy. It takes some practice, and it takes TIME. I mostly tend to make graham cracker crust when I make pie because it is tasty, easy, and doesn’t take a lot of time. Pastry crust pies have always been a little more intimidating. The ingredients are simple and straightforward but somehow the actual making of pie always seemed a little difficult.

The pie crust recipe I am sharing today is one I have had good success with. It bakes up flaky and golden brown and gets good reviews from tasters. It does take time, though. It requires chilling between steps and is not going to be able to satisfy a spur-of-the-moment desire for pie. This is a plan ahead recipe. 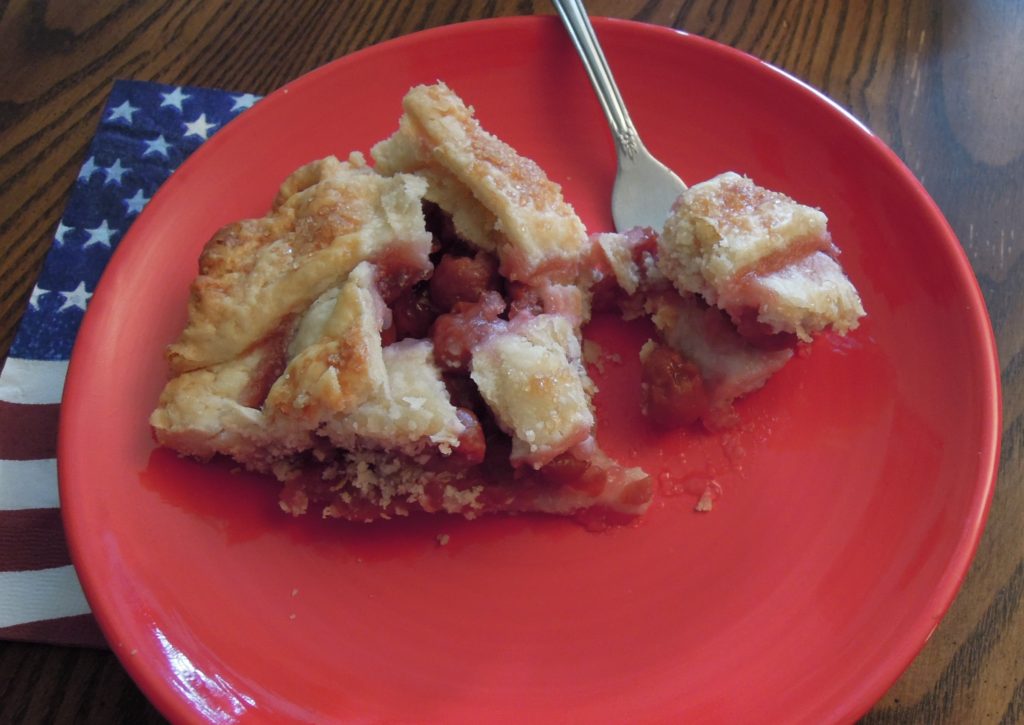 One of the secrets to this crust recipe is vodka. Say what?

Yes, drink lots of vodka while making it, and it won’t seem so bad.

No. Anyone who knows me at all knows that previous statement is false. I wouldn’t be able to choke down a tablespoon of vodka, but a few tablespoons of vodka mixed into the flour and butter mixture of this recipe will work wonders. Water is a necessary ingredient to make rolling the pie crust possible, but too much can make a pie dough develop gluten which makes the crust tough. The people at America’s Test Kitchen figured out that vodka is a great ingredient in pie crust because gluten does not form in ethanol (a primary ingredient in vodka). Using part water and part vodka is the perfect solution. The vodka makes the crust easier to roll out, but it vaporizes in the oven, leaving the crust flaky and delicious. 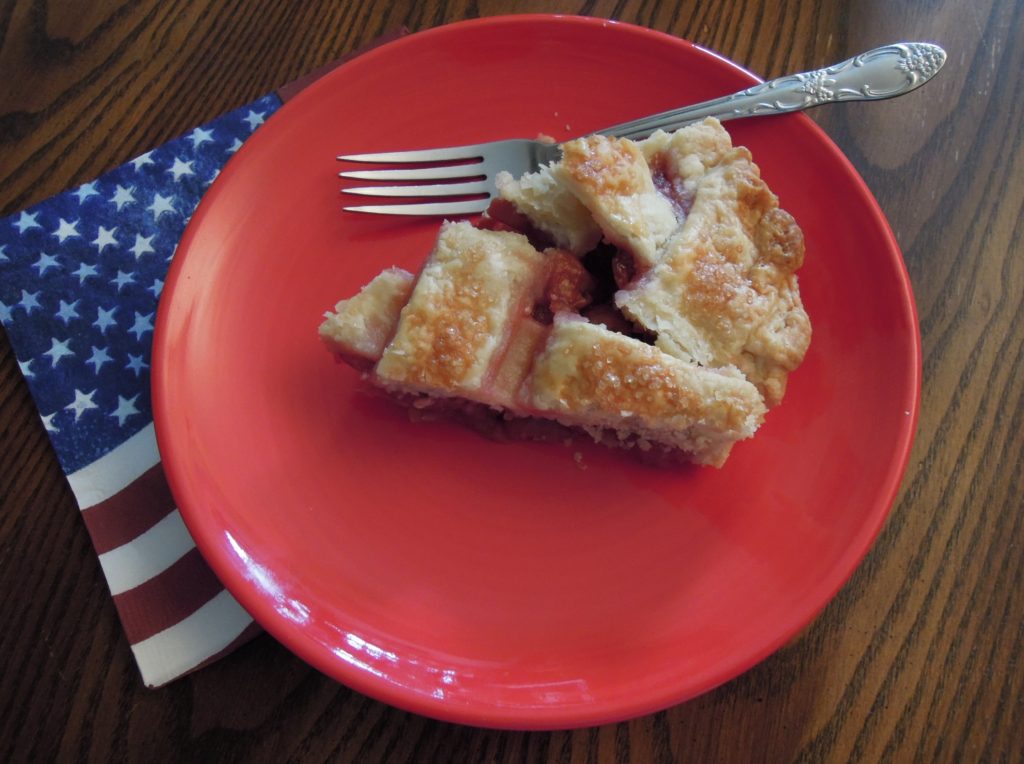 (If you want this to go more quickly, substitute store-bought crust for the homemade crust. The cherry filling takes no time at all.)

For the pie crust:

*Keeping the butter chilled is one of the most important elements of good pie crust. You do not want the butter to fully incorporate with the flour. You want some to remain solid throughout the dough. This is what will make flakes when it bakes. Some people chill ALL of the ingredients and equipment to make sure the butter stays as cold as possible.

*Of course, you can substitute pre-made crust to simplify this whole process and cut down significantly on time.

For the cherry filling:

Source: Crust from The America’s Test Kitchen Family Baking Book. Filling from Allrecipes.com. (I cannot locate the cherry pie recipe from which I adapted this.) 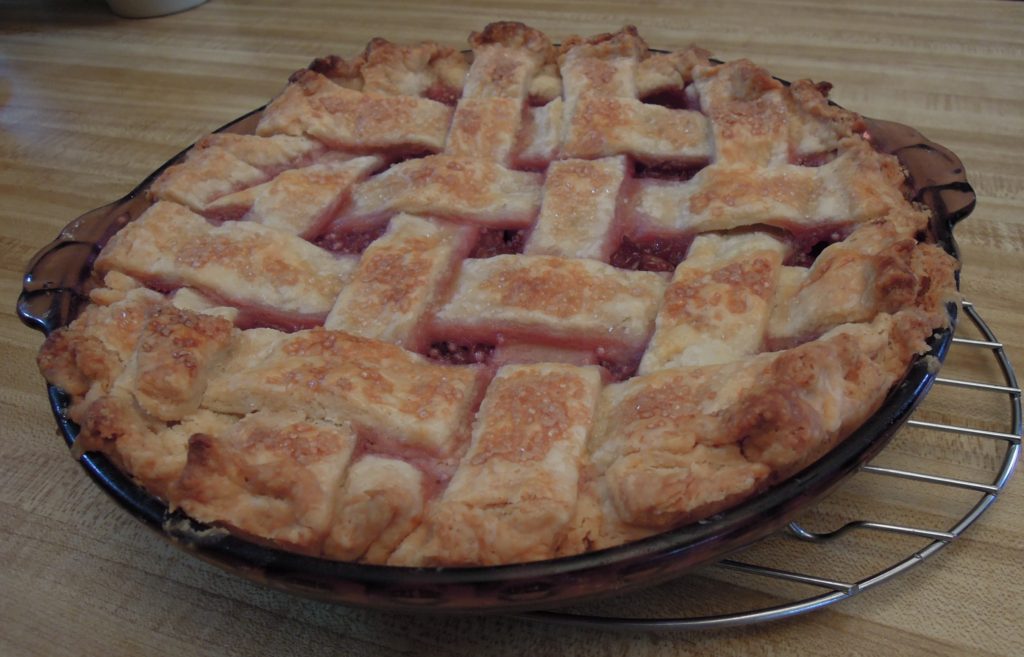 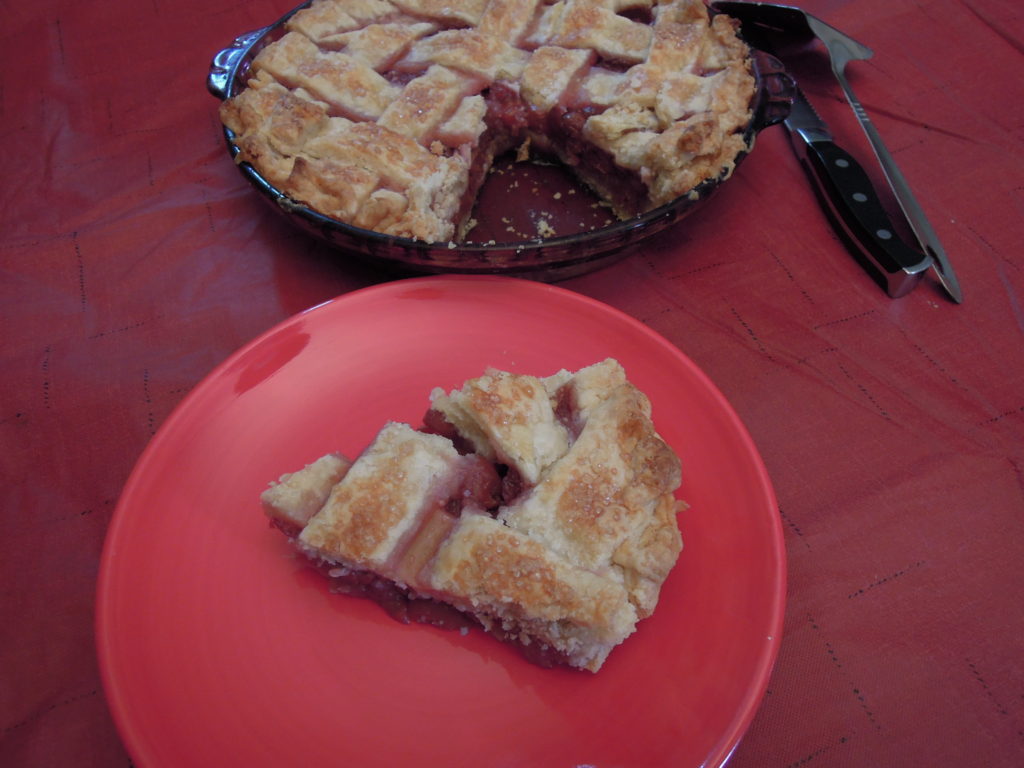