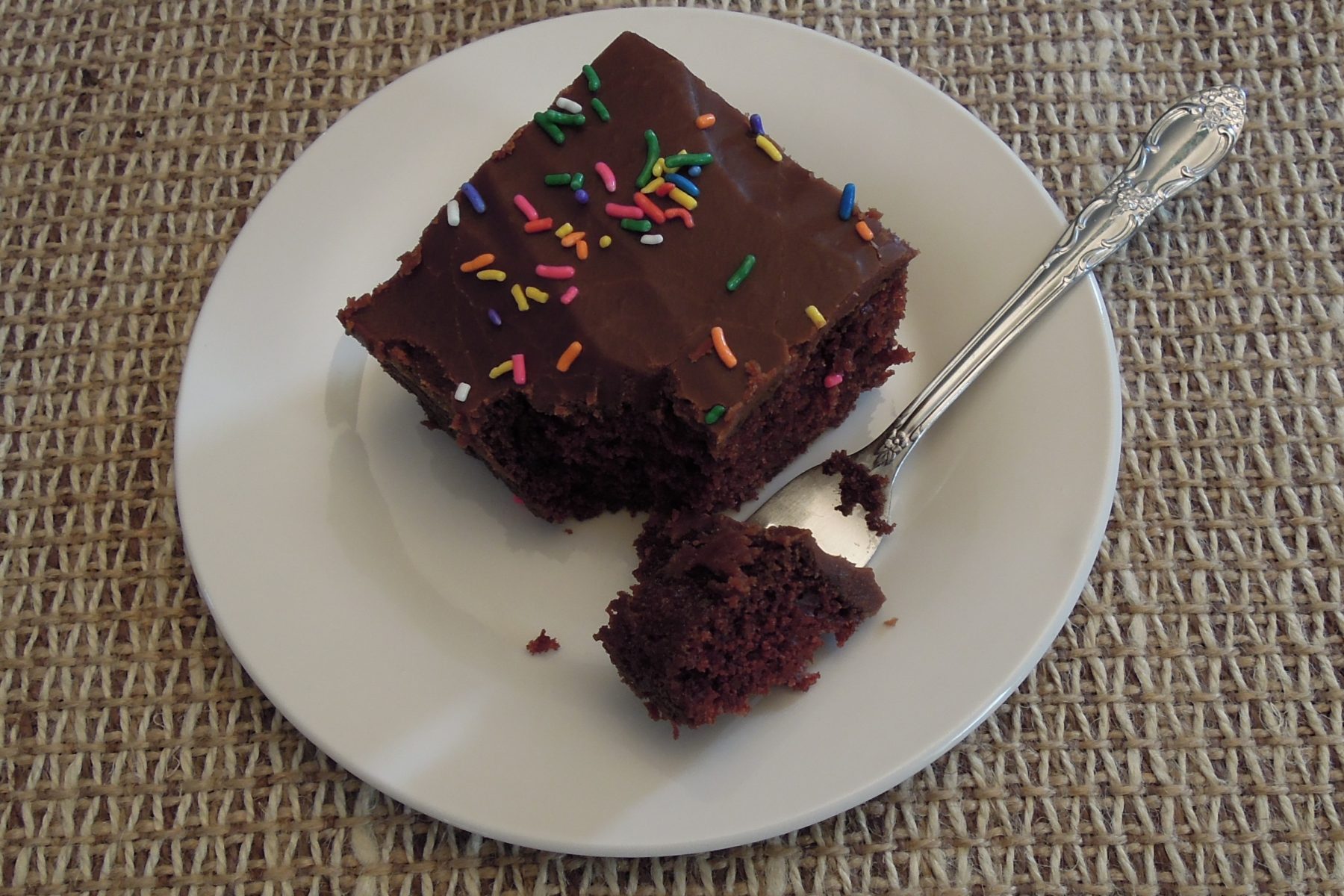 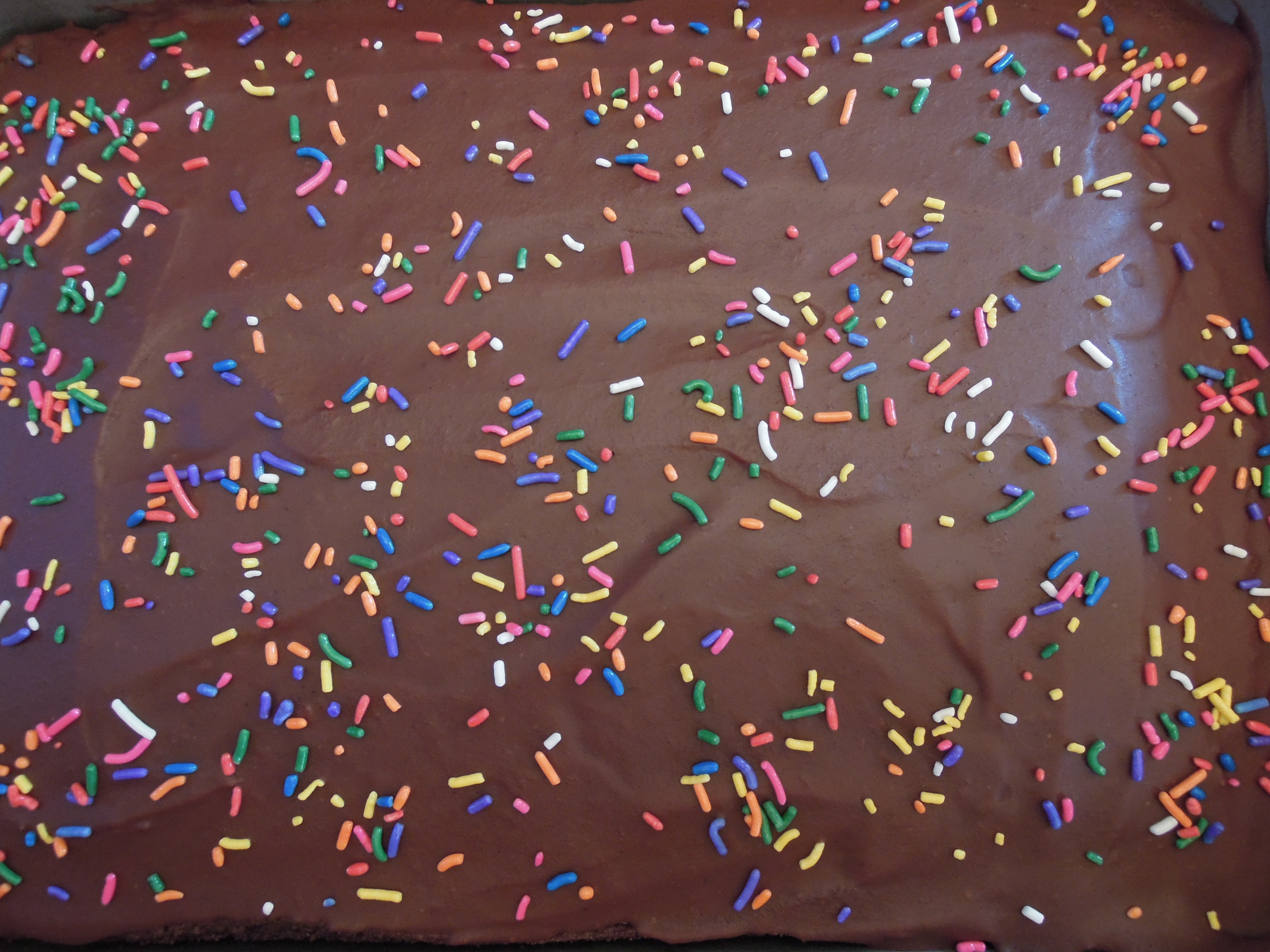 Grandma passed away in 2000; today would have been her 96th birthday, and I couldn’t let the day pass this year without telling you about her.

Grandma loved polka music. Her kitchen radio played polka as much as possible. I have forgotten most of the names now except “Beer Barrel Polka,” but I do remember that as some of my older cousins began getting married in the late 80’s and early 90’s, it was tradition where I was from to have a big wedding reception and dance after the ceremony. As my cousins sought out bands to play for their weddings, I recall that one of the requirements for them to be hired was the ability to play at least one polka. For grandma. We all flapped our wings and wagged our behinds to the “Chicken Dance” many times over the years. And we all smiled as the tears rolled down our faces when Grandma’s casket was taken out of the church that January day to the sound of an ancient man playing a polka on his accordion at the front of the church. It was the perfect way to say, “auf wiedersehen” (goodbye or until we see again) to Grandma.

Grandma was not only a fan of listening to polka music, she was quite the musician herself. She couldn’t read music, but she could play the heck out of the accordion and the organ or piano. I have no idea how she did it, but she’d go to church and listen to a song and then go home and plunk around on her organ and within a short time, she’d have the song sounding just like it did at church. She could do the same thing with the polka songs on the radio and her accordion.

Grandma was pretty amazing in other simple ways. I am not sure I fully appreciated or even knew her story when she was alive, but at the time of her death, I learned much more about her strength and perseverance. She had a pretty rough life. As with many people of her era, she lived through war and the Depression which are tough circumstances, but she also experienced a great deal of personal tragedy. 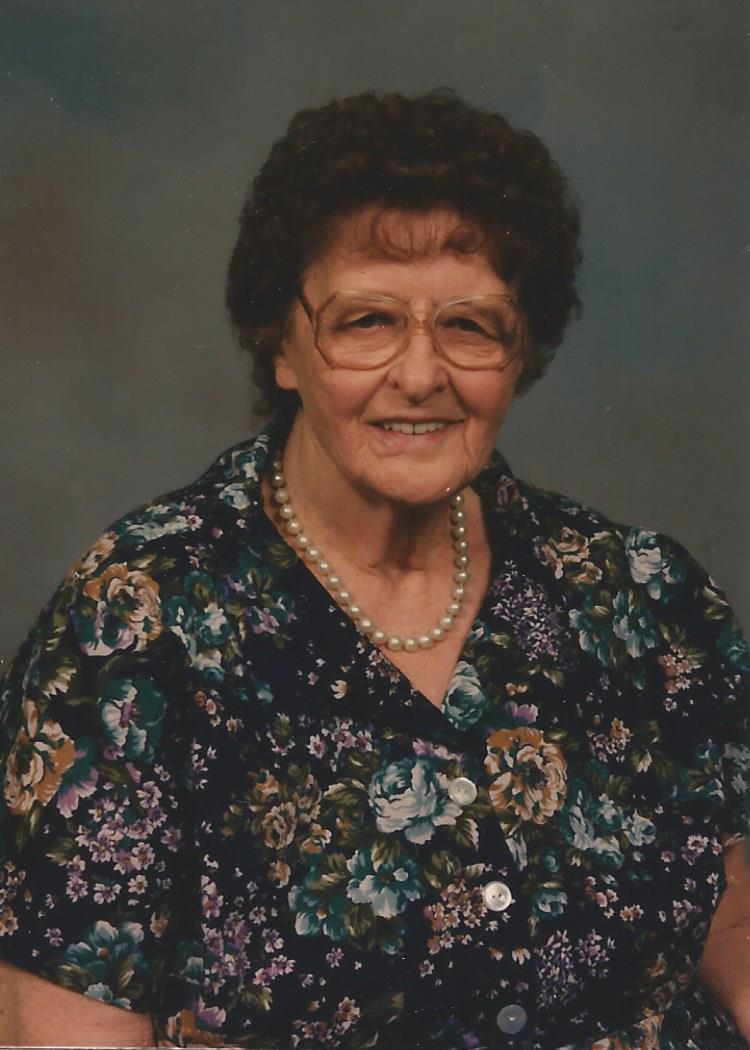 She and my grandpa bought their farm and endured one loss after another. Just being a farmer can be pretty tragic itself—no rain, too much rain, early frost, prices are falling, etc. Here’s another tragedy to consider: Minnesota winters with a long driveway out in the country. Yeah, 40 below zero is nothing nice. The barn burned down one year. And on and on it went. At one point, my grandpa had to leave Grandma and the kids behind to go to the city to find work and came home only for weekends. They had SEVEN kids. I can hardly manage three, and I don’t have a farm to run at the same time. I don’t know how she did it. I’m sure the older kids had to pitch in but that’s still pretty amazing.

At a young age, my grandpa suffered a stroke and was left with a half-paralyzed body. It gets pretty hard to farm in that condition. And it gets even harder to pay the mortgage on the farm. Somewhere along the way, my grandma got in the car and went and found herself a job in town at a time when most women didn’t do that. She worked an unglamorous job at the Jennie O turkey factory for many years. She said she often had to “rob Peter to pay Paul” in those days to try to make ends meet and hang on to the farm. In the early 1970’s Grandma lost her husband, and she had to go it alone for the rest of her life. On top of all of these events, Grandma suffered most of her life with horrible ulcers on her legs that gave her pretty constant pain. As we were preparing my grandma’s obituary and eulogy back in 2000 and really registering all of this information about her life, I remember one of my aunts making the remark that, “It’s a wonder she didn’t just hop in the car one day and never come back. ‘Buh bye, people! I have had enough of this.’”

She stuck it out with her farm and her family through tragedy and triumph without complaint. She had a big heart. You could almost say she ran a “Home for Wayward People” back in the day. Her home was very humble; some might even say it should have been condemned because it was pretty rundown, but she held the door to it wide open to anyone who had need. Many children and grandchildren and friends of children or grandchildren passed through her doors and stayed a while at some point or another. Some had lost their way and didn’t feel like they could go home or didn’t have a home. They were all welcome in hers. Of course she didn’t mind dispensing a little practical wisdom to them in her gentle way. “If you can’t learn the easy way, you’ll have to learn the hard way” was one of her sayings.

Whether you happened to be a long-term guest in her home or just a visitor, you would be sure to be offered a glass of Kool-Aid and a piece of Crazy Cake while you were there. Grandma always had a glass pitcher full of Kool-Aid and the permanently stained stirring spoon on hand in the refrigerator. And of course she always seemed to have a pan of Crazy Cake available. 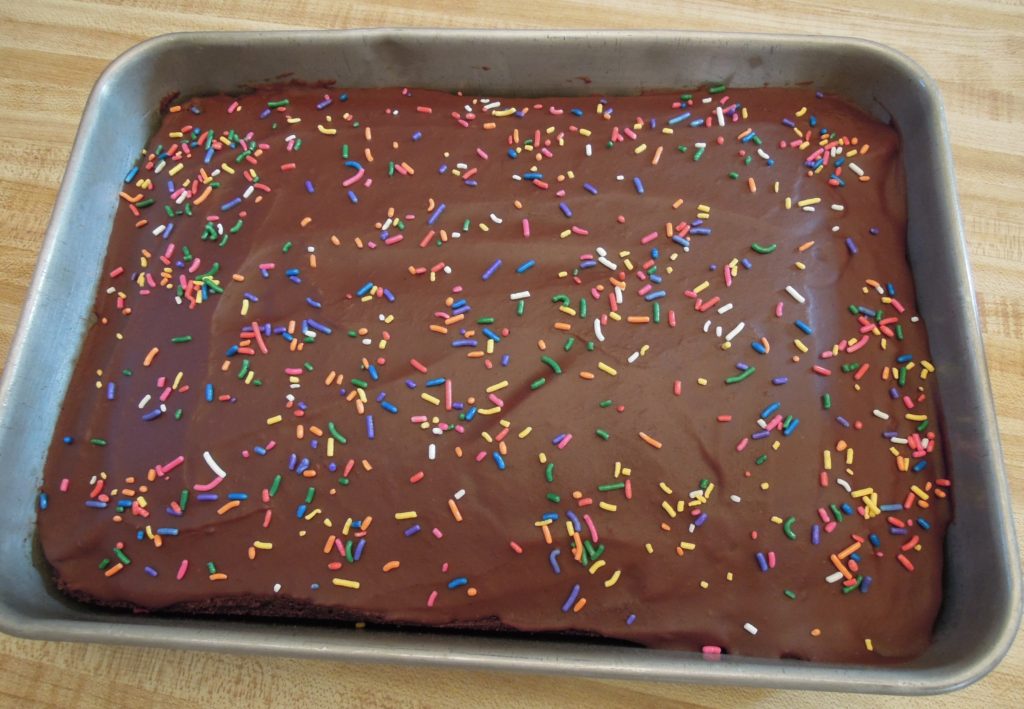 Her Crazy Cake was covered in homemade peanut butter and powdered sugar frosting or a boiled chocolate frosting. When we had family get-togethers, it was almost certain she’d bring Crazy Cake. No one ever seemed to tire of it. The cake made its appearance in a simple metal cake pan with a cracked lid that had been taped or maybe even held on with a rubber band. After her death, I found out that my grandma was kind of known for her cake at church. She was absolutely faithful about bringing cake for the funeral dinners of other members even when her legs pained her too much to walk. The ladies at the church told us she would sit in her car in the parking lot until someone came by to carry her cake in for her. 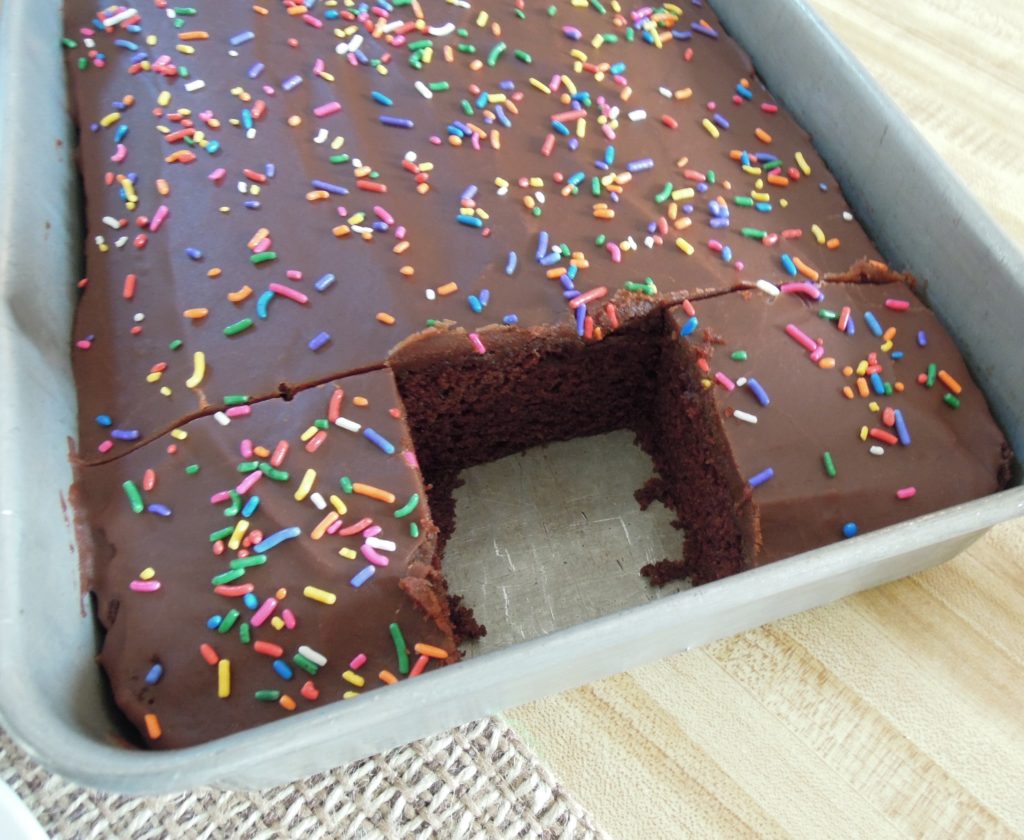 Until a few years ago, I thought my grandma was the only one who made Crazy Cake. It was her signature item. Turns out it was a common thing of her era. People made it during war times when certain ingredients were rationed or during the Depression when certain ingredients may be too expensive or hard to come by. The cake is “crazy” (or some recipes call it “wacky”) because it contains no eggs, milk, or butter. In honor of Grandma’s birthday today, I thought it would be fitting to share a piece of Crazy Cake with you. You may want to drink a glass of Kool-Aid and find an old episode of “Orfah Winfrey” to watch (she never could pronounce it right :)) too.

At the very least, you have to listen to some polka.

*This cake is best made in a 9 x 13 pan and left in the pan to cut and serve. It does not have the right structure for making layer cake.

*Since I bake at high altitude, I adjusted this recipe just slightly by going a little heavy-handed in my flour measurement (a little more than 3 cups) and a little scant (less) in my sugar measurement. The amounts below are the standard recipe.

Source: My grandma and my mom 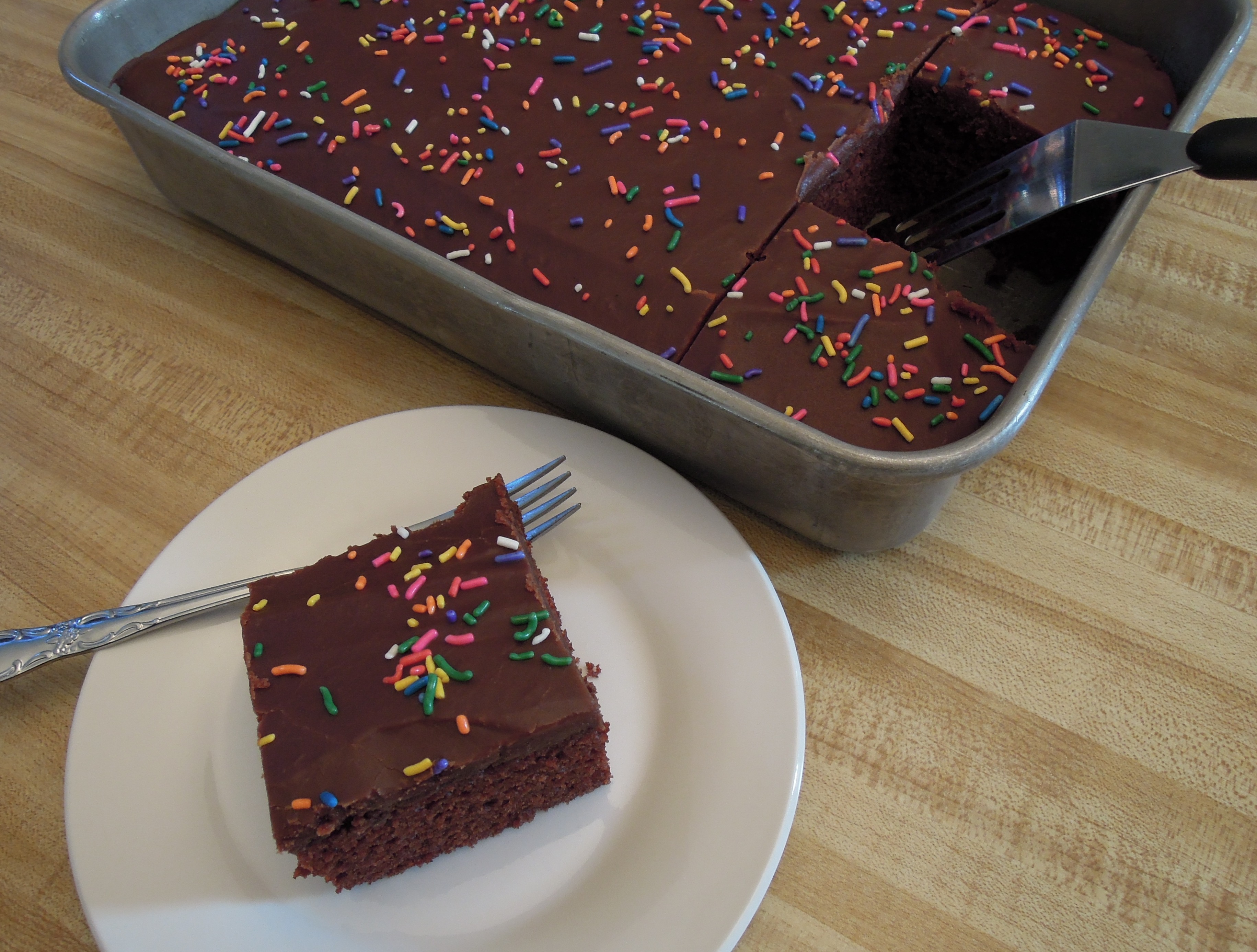