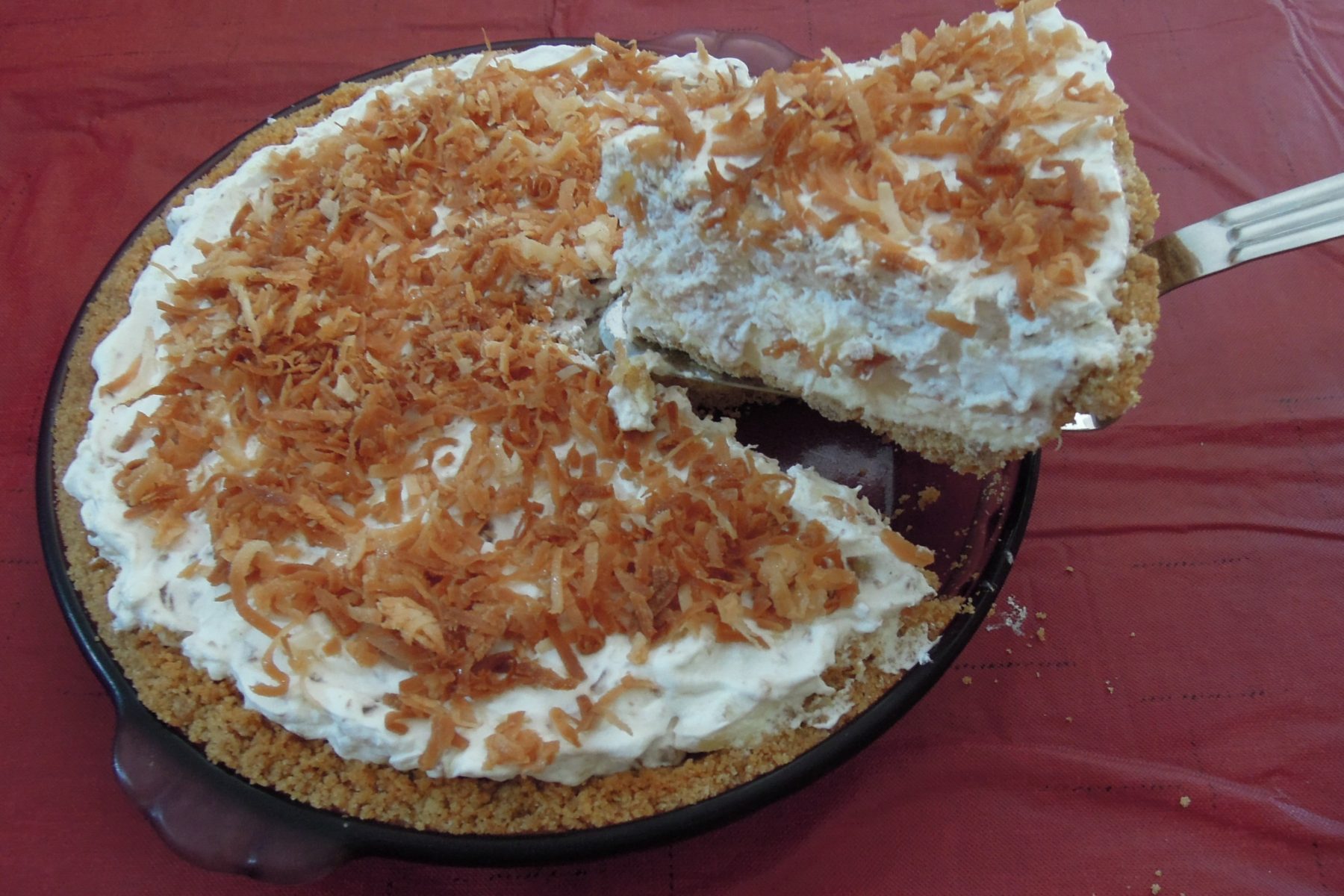 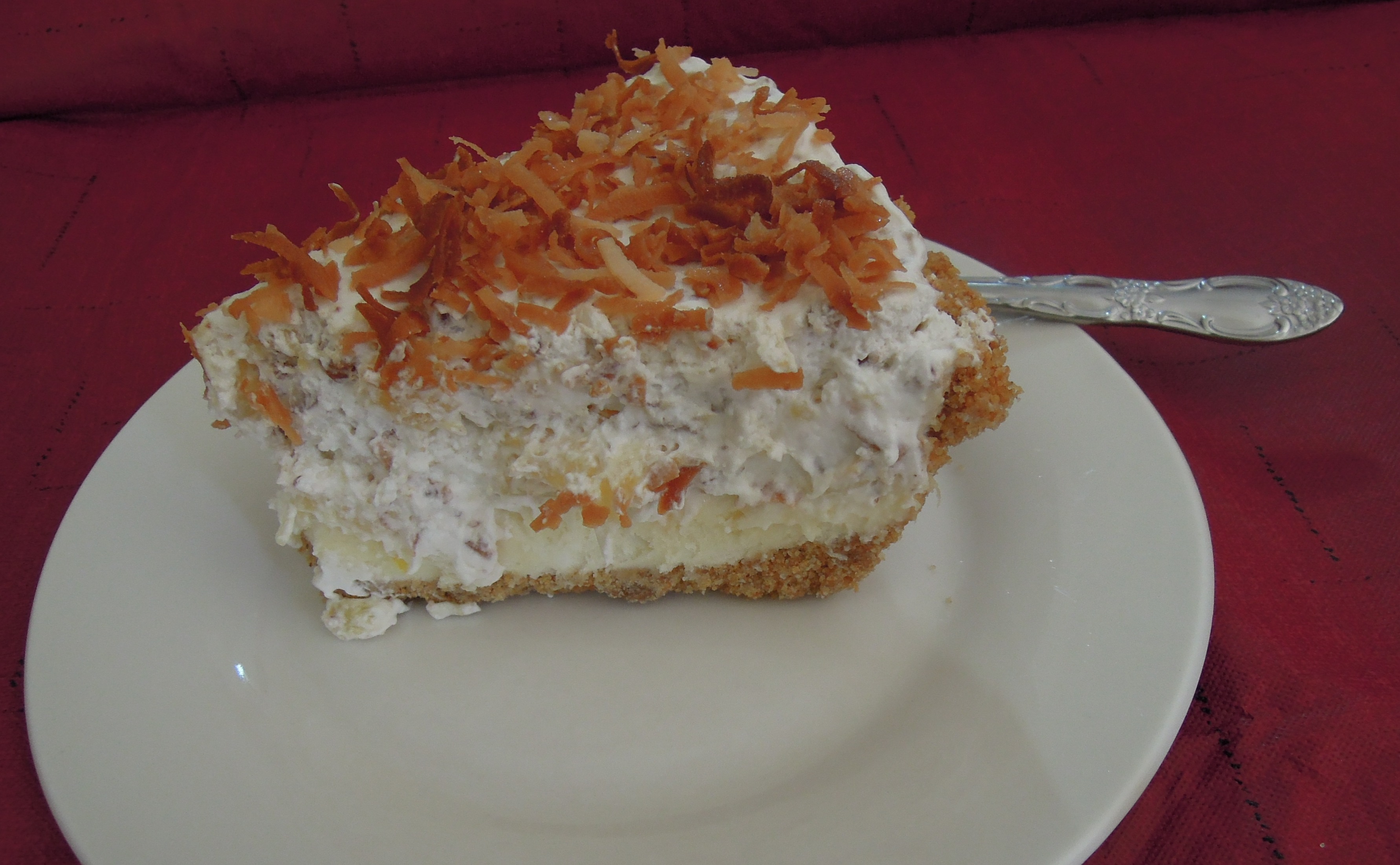 Many years back, my boyfriend happened to mention in conversation that he used to love the Millionaire Pie that was served at Furr’s Cafeteria in Colorado Springs. Furr’s had closed years ago, but he still remembered the pie. As is my custom, I set out to find a recipe so I could make the pie and surprise him with it some time. Terry was quite thrilled with this version and thought it matched his memory well. 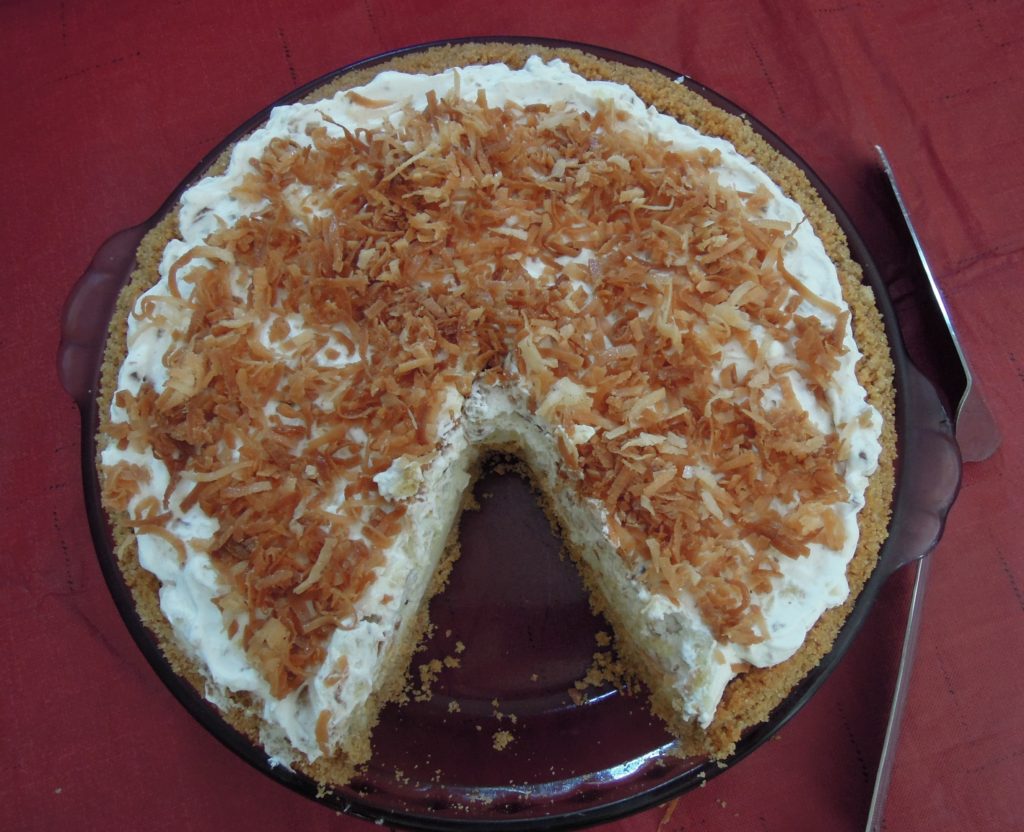 Since then, Millionaire Pie has had a regular appearance in my dessert rotation. The pie can be a no-bake pie if you use a prepared graham cracker crust and don’t care about toasting the nuts or coconut. I strongly encourage you to make your own crust, and toasting the nuts and coconut adds a lot of flavor and texture.

The pie is light on top with typical Hawaiian flavors of pineapple, coconut, cream, and nuts. The bottom layer of the pie is a smooth buttery filling, almost like stiff buttercream icing, and a graham cracker crust. In my original research, I found various versions of the pie. Some use cream cheese or sweetened condensed milk. Many are made up only of the fluffy sweet cream layer placed in a pie crust. You might do some research if those versions sound better to you. I go with this version because it is what Terry remembers–two distinct layers with a buttery bottom layer and a fluffy and sweet top.

This might be a cool and festive dessert for your summer barbecues or get-togethers. 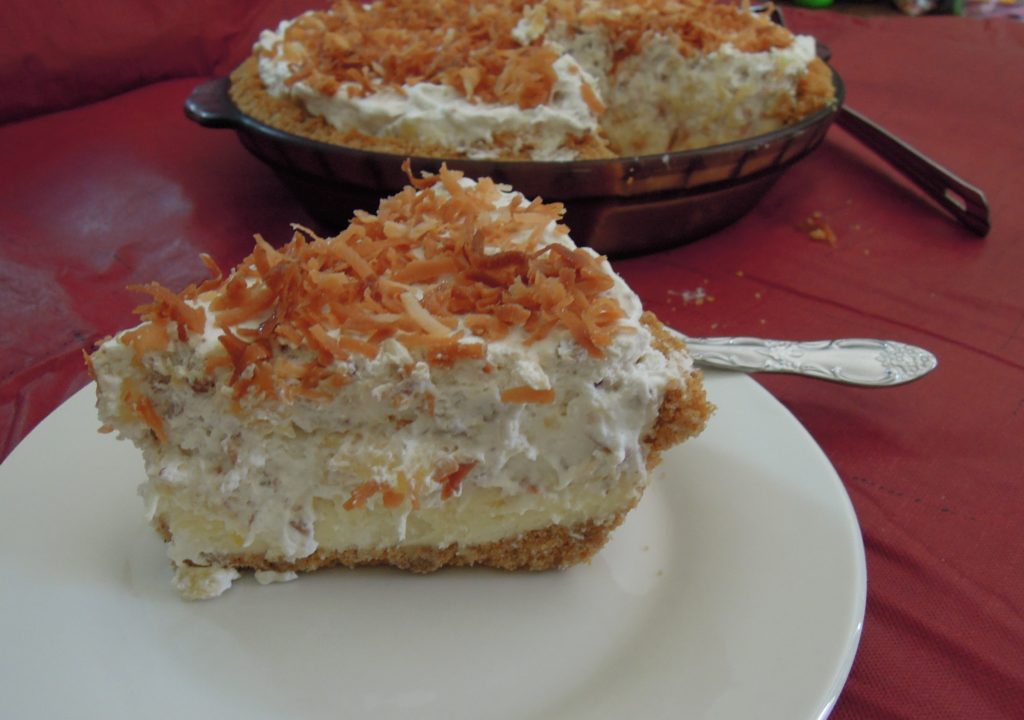 For the bottom layer pie filling

For the top layer pie filling

Source: I searched many different recipes and adapted them to get to this version. 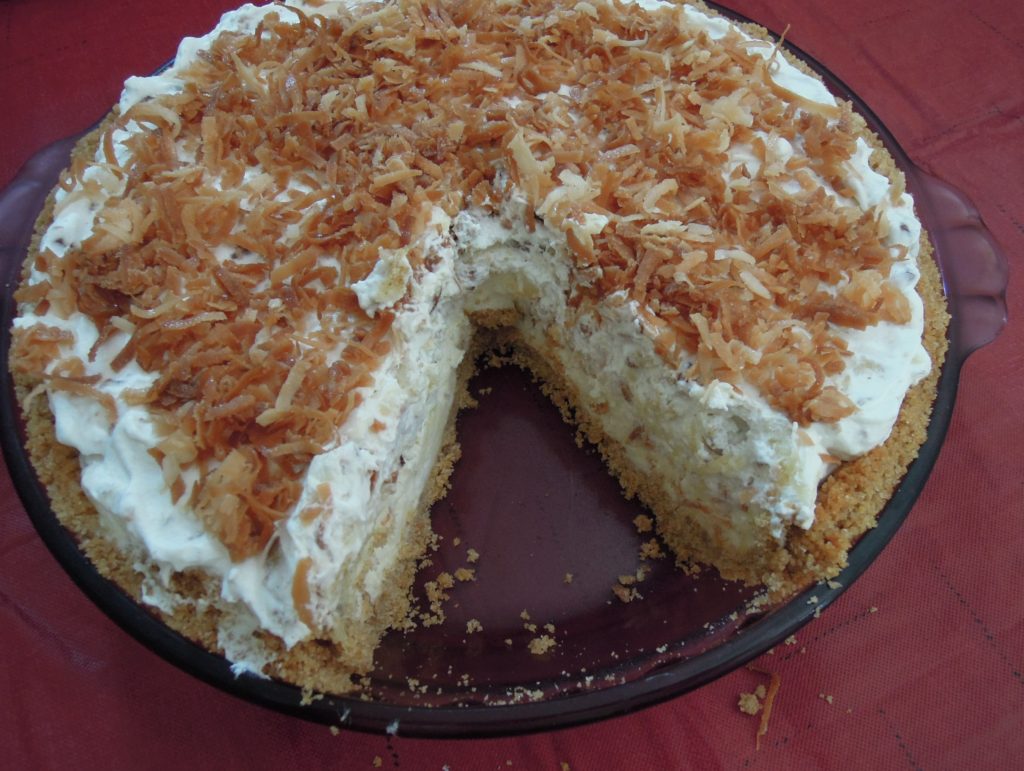