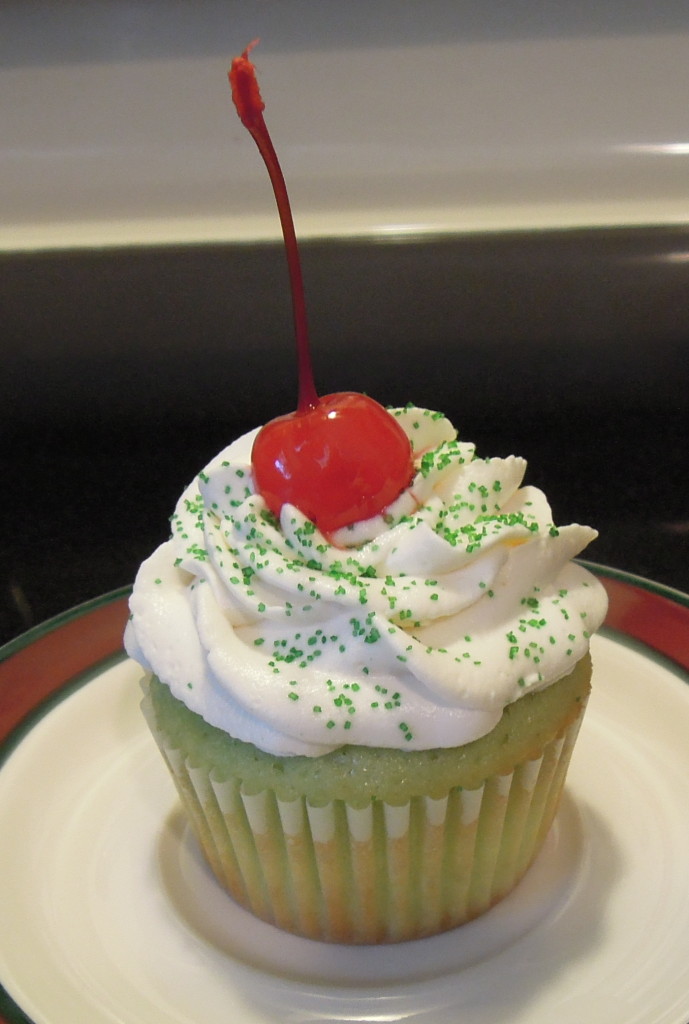 Have you recovered from Pi Day yet? I hope you had the opportunity to eat some good pie or other circular foods. Whew! The fun and craziness never stop around here. On Saturday we ate chocolate chip pancakes, and I set the alarm on my phone to go off at 9:26 AM, 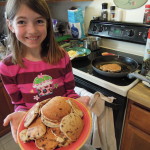 so that we could celebrate the first eight digits of pi (3.1415926). The kids and I high-fived each other and said, “Happy Pi Day!” right on time. It was epic. And then I immediately texted a math nerd friend to wish her a happy Pi Day, but the time stamp on my message was 9:27, so I totally missed it. I am hoping it was one of those deals where “it’s the thought that counts.” She knew that I meant well, and seven digits of pi is still pretty amazing anyway.

And just when you think the holiday madness is over, along comes St. Patrick’s Day tomorrow. And then the first day of spring on Friday, and then before you know it we will have April Fool’s Day and Easter. Don’t worry. I’ve got you covered. Actually, Brown eyed Baker has you covered for tomorrow because I found this recipe on her site last year. Brown-eyed Baker is one of the main food blogs I follow. I love her recipes, but I also really like her site’s name. Because I have brown eyes, I somehow think it is about me or think that the writer of the blog and I are kindred spirits of some kind. I’ve always loved that song “Brown Eyed Girl” for the same reason. Never mind the fact that there are millions of other people on the planet who have brown eyes, and that the song was released before I was even born, it is somehow a positive reflection on me. I may have issues. I’m not sure most of us even know what the song is about, but I bet you have a hard time not singing along when the “sha la la la la la la la la la la dee dah la dee dah” part comes on, don’t you? And you may even have it stuck in your head now for the rest of the day. You’re probably going to go look it up on YouTube. Mwahahaha. (Fun fact: Mwahahaha is a real word according to oxforddictionaries.com even though my word program is putting the little red squiggly line under it right now.)

I bet you really think I’ve gone off on a tangent now, don’t you? Well, this is all going to come full circle again when I tell you that “Brown Eyed Girl” was written by Van Morrison who is a Northern Irishman, and that we are going to celebrate St. Patrick’s Day with a recipe from Brown-eyed Baker. See. (And somehow the math references just linger on way past Pi Day with “tangent” and “circle” above. I told you; I’m really a lot of fun at parties. Book Club meetings count as parties, by the way.)

Q: What do you get when you do an Irish jig at McDonald’s?

A: A Shamrock Shake.

Q: What do you get when you cross Brown-eyed Baker and Christine’s Taste of Heaven on the day before St. Patrick’s Day? 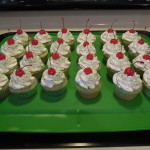 Isn’t it amazing how many of us will celebrate holidays even if they are not even remotely related to us? That’s what we are doing today. I am not one bit Irish, but how could I pass up an excuse to make a dessert? (Just wait until Cinco de Mayo. I am not one bit Mexican, but I plan to share two of my all-time favorite desserts at that time.) It has been ages since I had an actual Shamrock Shake, so I am not sure how closely these cupcakes resemble them, but I can tell you that these cupcakes are moist, minty, and delicious. The frosting is a lightly sweetened cream cheese and fresh whipped cream creation that reminds me of the topping on a shake. Enjoy and Happy St. Patrick’s Day!

Shamrock Shake Cupcakes: (I usually double this recipe because it doesn’t seem worth it to me to make only 12-15 cupcakes which is the yield for the recipe. Of course I share mine at church, so we are not trying to eat 30 cupcakes ourselves.)

← The Pie/Pi Winner is….
Help: My Kids Love Ramen Soup and Party Pizza →