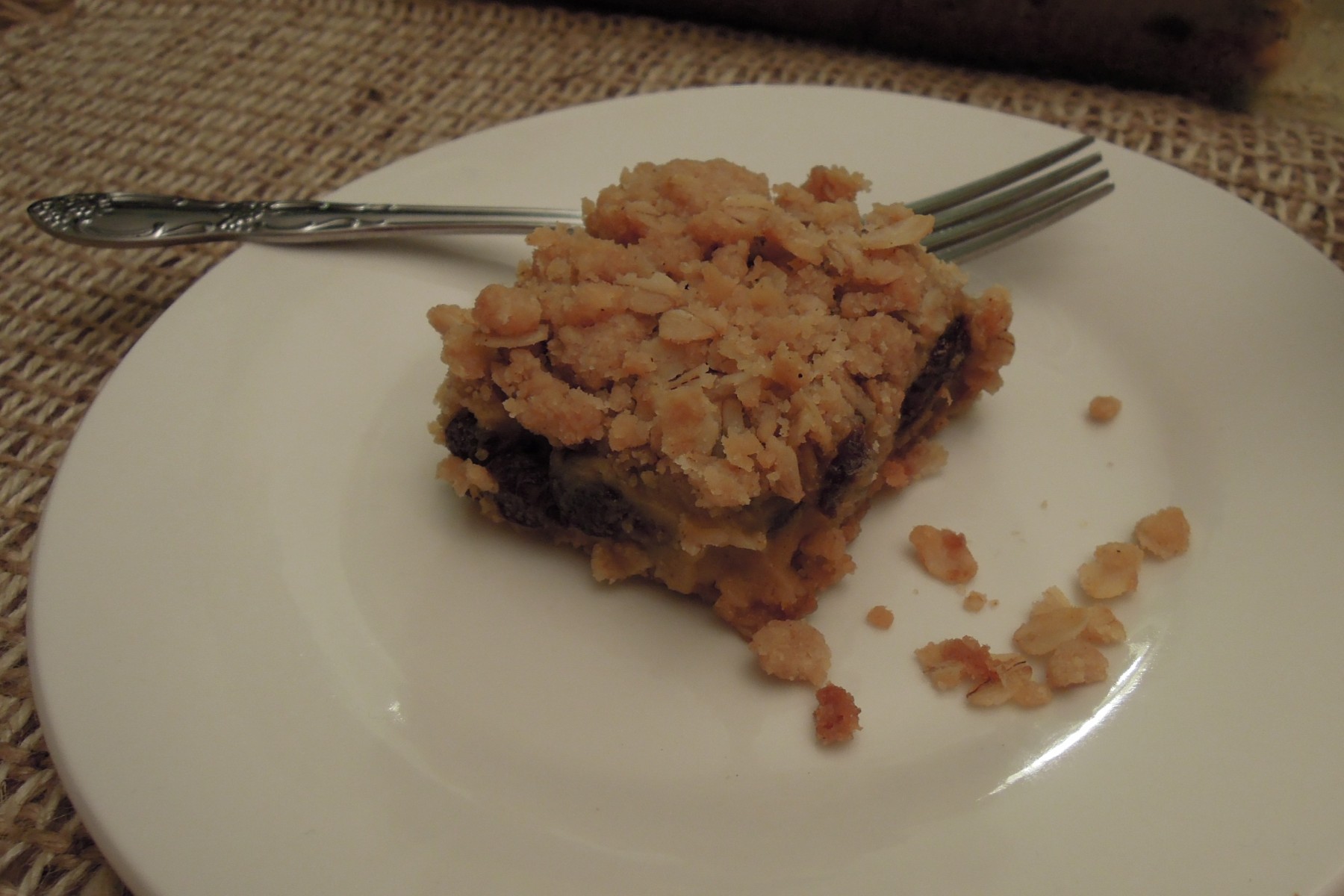 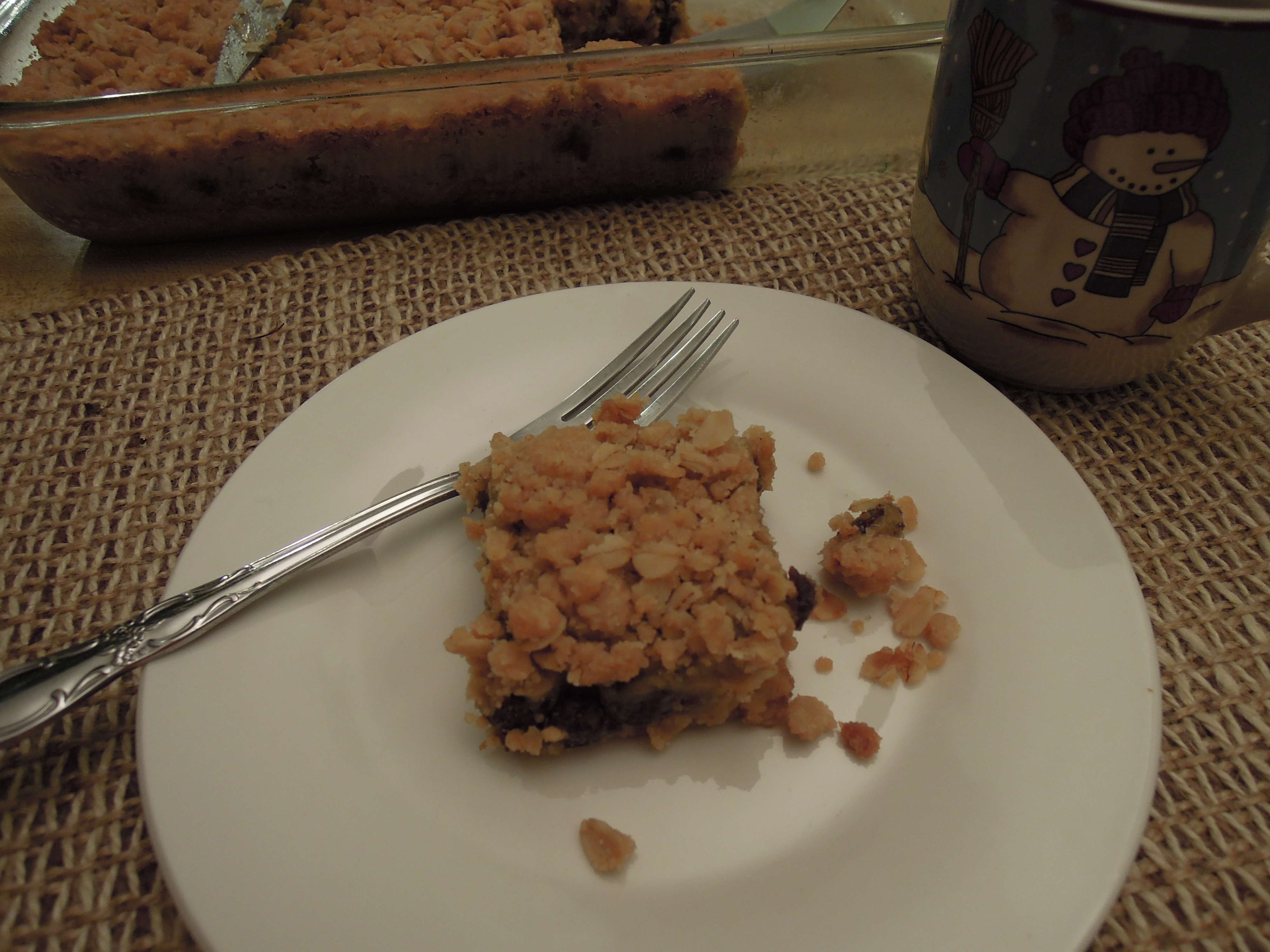 One of my favorite things to do as a baker and cook is to make (or learn how to make) something that is special to someone, especially if the item evokes positive memories of a person or time from the past. Sometimes people come up to me and request that I do this for them or someone they love, and sometimes I do it as a surprise for someone who didn’t know I was paying attention.

Part of the reason I love this is that I am a recipe researcher, and I enjoy the hunt to find the best recipe along with all the things I learn along the way. The main reason, though, is the joy or the memory that food can evoke for the recipient. I love comments such as, “my grandma (or mom, dad, aunt, etc.) used to make this every year” or “I could swear my mama made these cookies because they taste just like hers.”

Today’s recipe was added to my repertoire in this way. 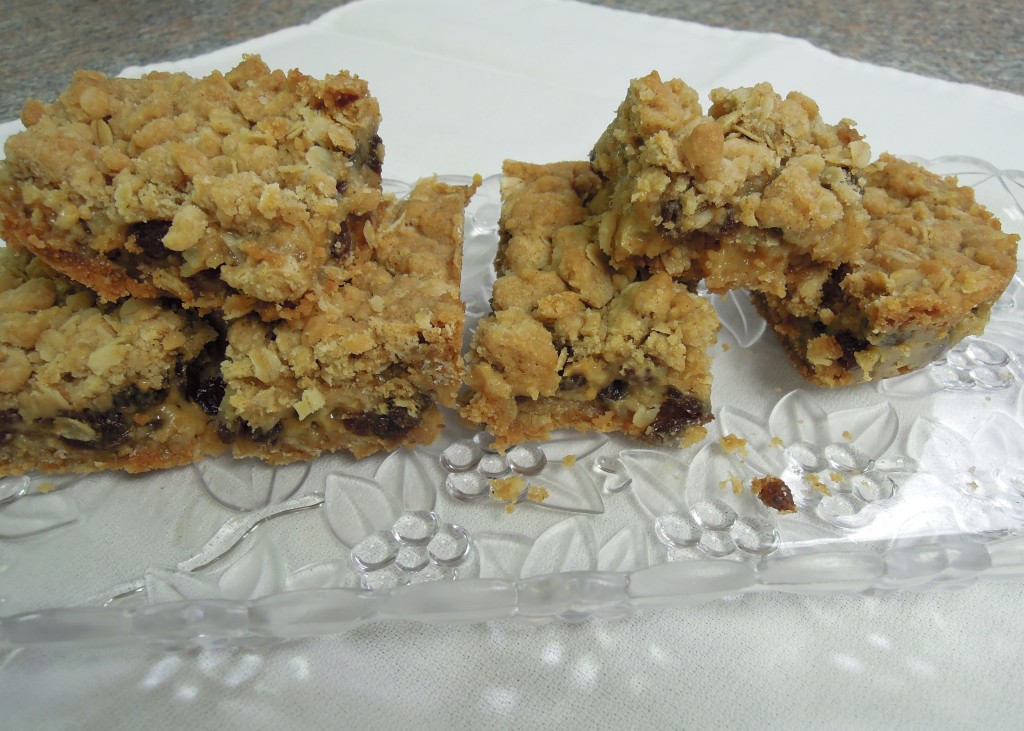 Several years back I was part of a home group Bible study with two older couples. I took up the role of “dessert lady” right away and would work my way through the recipes in my handful of cookbooks and bring something new every week. Somewhere along the way, one of the older men mentioned loving sour cream raisin pie. I can’t remember now if it was a fond memory of something his mom made or if it was his grandma, but I remember the smile on his face as he talked about it. I had never heard of it, but I found a pie recipe to try for his birthday soon after, and it tasted good, but it was runny. Marv didn’t care as he happily ate his pie and was transported to the past.

As I was doing my research, I discovered that another older friend from church, Sherrie, also had fond memories of sour cream raisin pie. It seems it may have been a favorite of that generation. I was extra motivated to find a good recipe and was curious to know why this combination was so beloved.

Eventually, I came across this bar recipe and tried it out on both of my older friends, and they declared the bars a hit. Sherrie has even confessed that the bars are better than the pie she remembers. If I don’t happen to make these bars any other time of year, I now make them every year for Sherrie and Marv’s birthdays. Sherrie’s birthday is this week, and she was delighted to receive her container of bars yesterday.

I know a lot of people will object to the raisins in this recipe and probably won’t even look at the recipe because of them, but Marv and Sherrie are not the only fans of these bars. I have brought them to church events and shared them with others and a whole new group of people have been introduced to the old time sour cream raisin flavor and have fallen in love. 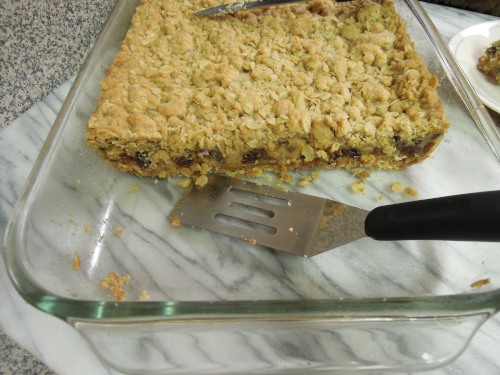 What’s not to love (other than the raisins for the raisin-haters)? Similar to the caramelitas I shared recently, the bars have a base and top of oatmeal cookie with the warm flavors of cinnamon and brown sugar. The inside of these bars is a creamy spiced custard dotted with plump raisins. The bars are sweet and full of such warm spices that they seem like a hug from Grandma.

Do you have fond memories of a dish from the past that you’d like to have again? Let me know, and I will be happy to find it for you. 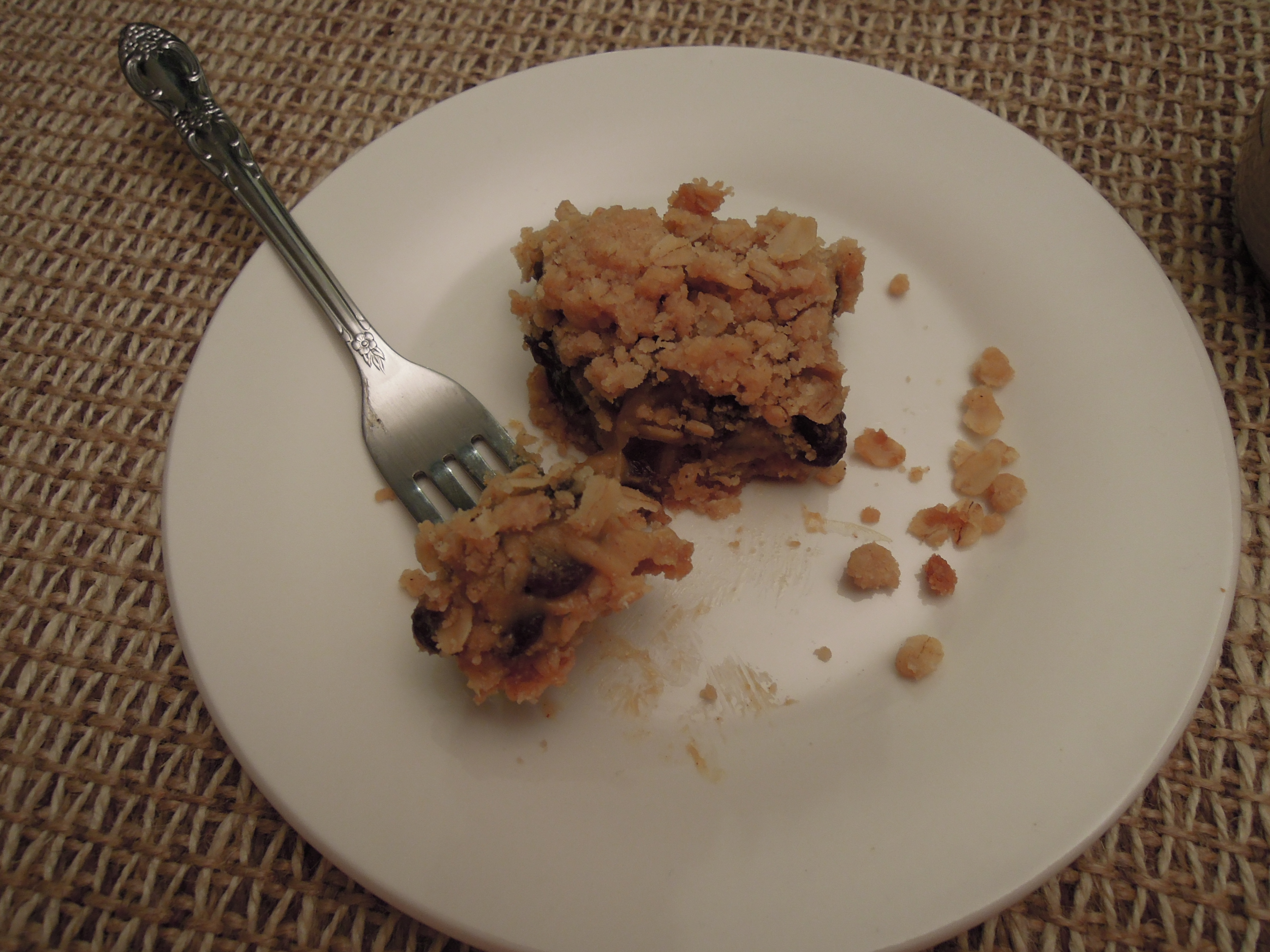