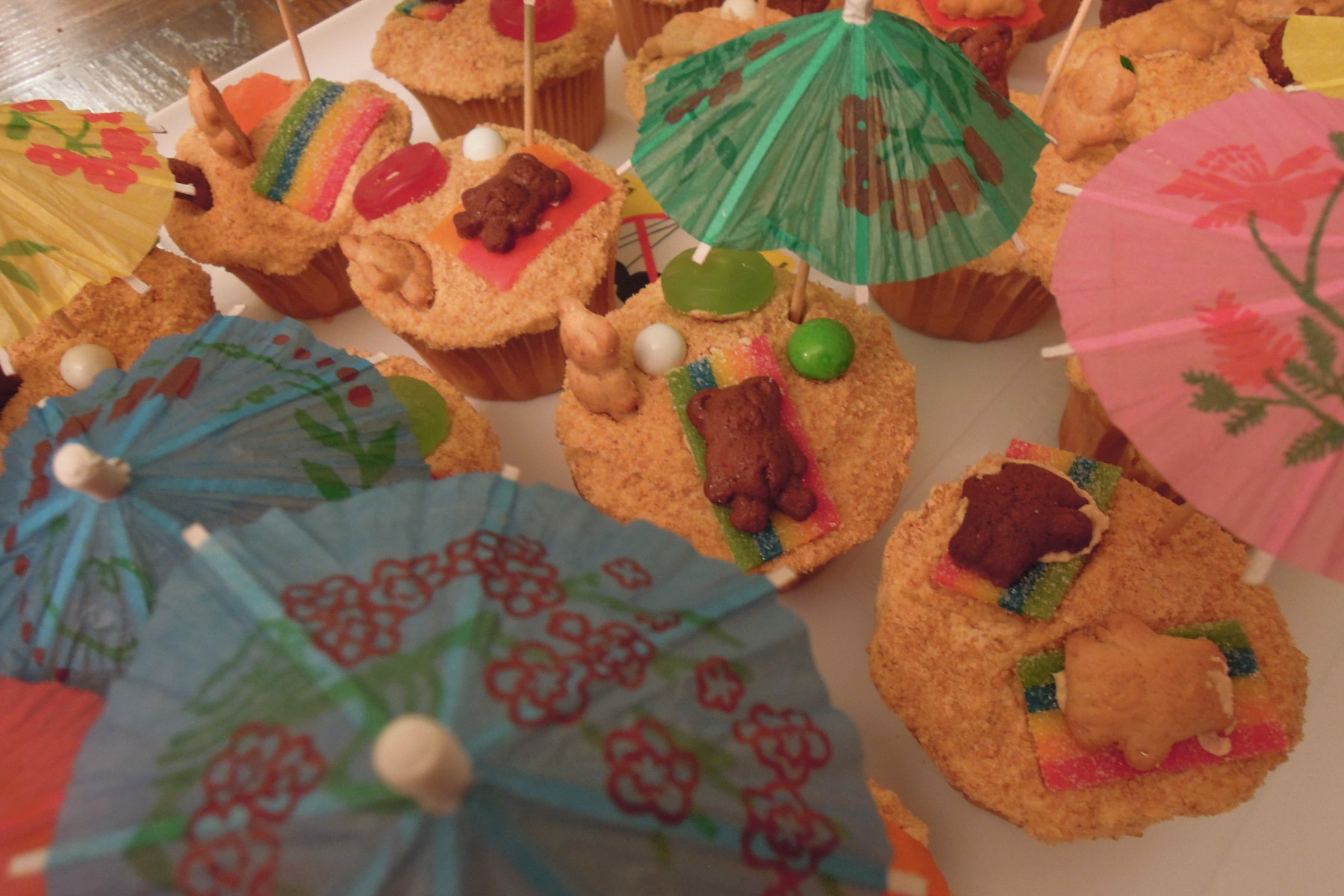 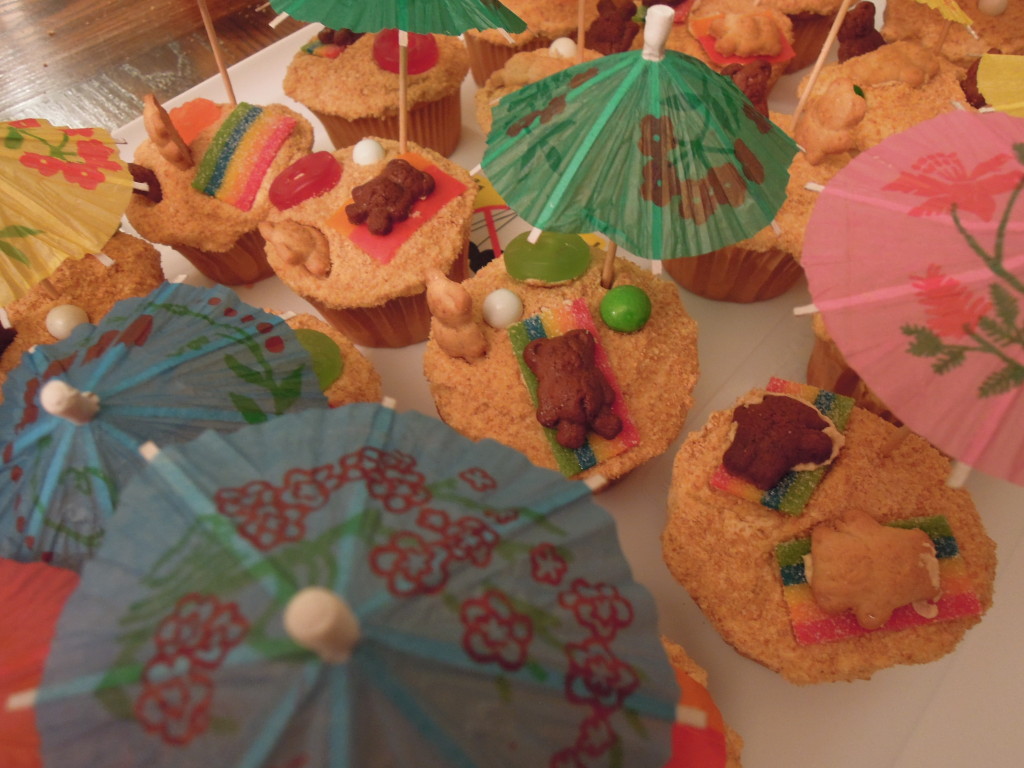 I actually live in Colorado, but for about two weeks now, it has felt and looked more like Seattle. Rain. Hail. More rain. Flooding basements. Rain. Clouds. It’s not normal for here. We are usually known for having just as many sunny days as beachy places such as Hawaii. We are much more likely to be on the verge of drought and forest fires, not flooding and excessive rain.

Anyway. School gets out in only one more week, and summer is coming, even if it doesn’t feel like it. A few weeks back, just to get everyone in the spirit of summer, the kids and I made these Teddy Bear at the Beach cupcakes for one of the last Wednesday night 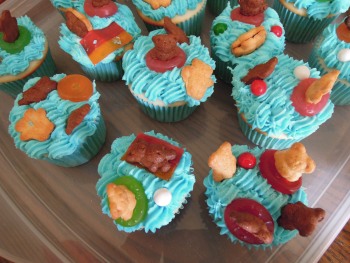 meals at church before we break for the summer. The cupcakes were a HUGE hit. Did I mention huge? My kids were absolutely thrilled to decorate them. They loved thinking of new scenarios for the bears, and I’m sure they loved a snitch or two of the candy in the process. I sometimes struggle with patience when the kids help in the kitchen, but this was some sort of dream experience this time. Even I had fun with it and just savored the kids’ pride in their adorable cupcakes. Of course, the cupcakes were well-received at church too. The kids were particularly enamored with the little cocktail umbrellas. (I’m not sure the teachers who had to deal with the kids for the hour after the meal were as thrilled with the umbrellas–something to consider if you decide to make these.) 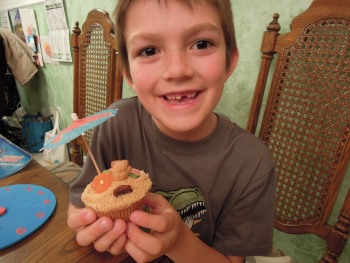 These cupcakes would be great for a pool party or beach party if you are blessed to live near a real beach. They would also be fun for any end-of-school-year/beginning of summer parties. My daughter immediately declared that we’d be making these again next week for the last Girl Scout meeting of the year. These would also be great for no good reason at all–just because they are so much fun for the kids to create.

These cupcakes are not a new idea of my own. If you Google the idea or look on Pinterest, you will find lots of images and variations, but I will share what we did and what products we used.

Source: I remembered hearing about a teddy bear beach cupcake many years ago. I did a quick search and found many variations.