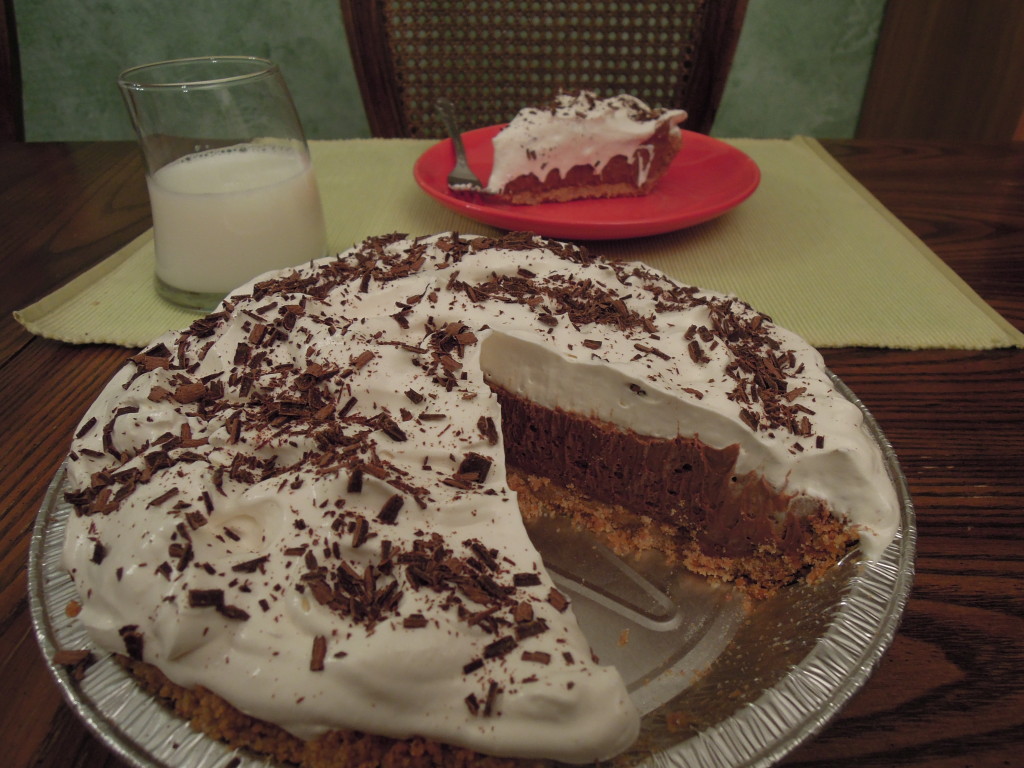 **Special today: All local people who comment on this post by 6 PM MST 3.13.15 will be entered for a chance to win this pie! You will be contacted via email to make drop-off arrangements. Friends and family at a distance, I will have to hook you up at another time.**

I have a confession to make. most of you won’t understand, but I figured it was best to bring it up now before we became too attached…you know…in case you don’t want to be my friend anymore. O.k., here goes: I don’t …love chocolate. You can keep the chocolate cake, chocolate ice cream, chocolate milk, hot chocolate, truffles, and those little pointy candies with the silver wrapper and the paper sticking out of the top. I’m just not interested. Now, before you worry too much about me, I can tell you that I have not lost all sense. If you wrap just a little chocolate around a peanut butter cup or a piece of toffee or put little chips of chocolate in a soft warm cookie or wrapped in cool minty ice cream, I’m all over it, but if, for example, I am at a real restaurant–you know the kind I am talking about–the kind that DOESN’T have the menu on the wall, and I am going to get dessert… O.k., before my friends call me out on this, that would NEVER happen; that last part is total fiction. I am too cheap to buy dessert at a real restaurant. But I do almost always look at the dessert menu to get ideas and to see what’s out there. I am not the least bit moved by the pictures of the mile high chocolate cake or the mudslide brownie lounging in chocolate sauce; instead, I imagine my skinnier, richer self face planting in the caramel apple crisp with cinnamon ice cream or in the bread pudding with vanilla sauce. Mmmmm…now that would be a taste of heaven right there. So what’s up with the Chocolate Pie promised in today’s title then? Well, I have to think about the rest of the world. What kind of baker would I be if I had nothing chocolate in my repertoire? My boyfriend Terry LOVES chocolate. I don’t think we would have survived nine years if I didn’t occasionally toss some chocolate his way.

Several years ago my friend, whom I will call Emmet, or maybe it was his wife, requested that I learn how to make a good French Silk Pie because Emmet has fond memories of his mom’s chocolate pie. Oooooh. There is almost nothing that baker Christine loves more than to find a new recipe to try that will make someone happy. I went to my favorite general source for recipes (Allrecipes.com) and began reading. The thing I particularly love about this site is the reviews. Lots of other cooks, sometimes even thousands, have tried the recipe and given their review and rating of it. This can also be the most annoying thing. If you have ever looked at a recipe site with reviews on it, you know what I am talking about. So you look at the reviews, say, for chocolate pie and you find ones like this: “Well, I changed almost all of the ingredients, cut the baking time in half, and made carrot cake instead. I give the recipe two stars because it just wasn’t chocolatey enough for me.”  Oy. Seriously? Well, sometimes, if you look past those kinds of reviews, you find some really valuable advice. I remember getting some good advice on the pie, so this is an adaptation of an Allrecipes recipe. Emmet gave it an emphatic stamp of approval when I first presented it to him. And now that Emmet’s mom is no longer in this world, his affection for the pie has only grown, and I feel so blessed and honored when I have the chance to bring a person and some positive memories back to someone for even a moment through my baking. More on that topic later. I have a whole “baking is love” philosophy, but I know I am already taking too long to get to today’s pie. 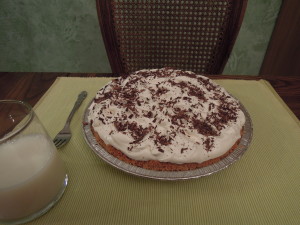 Now I have a second confession. If you made it with me past that first one this one will probably be no big deal. It’s actually not really a confession but more of a reiteration if you read the first paragraph of my “About Me” section. I am a nerd. Even more so than I let on in the About Me article. Do you realize that tomorrow (3.14.15) is the PI DAY OF THE CENTURY? No, that is not a typo. You know, pi, that little Greek letter we learned about in math class that stands for 3.14159265359…and expresses the ratio of the circumference of a circle to its diameter? What better way to celebrate the PI DAY OF THE CENTURY than to eat some pie which, of course, is a circle? You are going to celebrate it, aren’t you? Wait, this gets even better. I read an article on ScientificAmerican.com with the title, “Irrational Exuberance: How Will You Celebrate the Pi Day of the Century?” Get it? Irrational. Pi is an irrational number. So you could tell your family that you are going to be totally irrational on Saturday and eat this chocolate pie circle for supper or maybe before supper. I’m sure all of the friends and family at your Pi Party will think you are hilarious and clever. I know… You’re welcome! Extra cool points if you manage to eat it at 9:26. And maybe you could also play some kind of guessing game about the circumference and diameter of the pie and then measure to see who was the closest? I’m a lot of fun at parties. 🙂 And if all this just isn’t amazing enough, the Scientific American article takes this whole thing to another level when the author mentions that Saturday is also the anniversary of Albert Einstein’s birth. Can you stand it? Now hurry up and make this pie, so you still have enough time to decorate and put on your costume.

Now can we still be friends? Just think, by my not eating a lot of chocolate, I am actually HELPING you by leaving more for you to enjoy. As a side note to entice you further (as if I haven’t already gone on long enough about this pie), I always go back to a recipe after I make it to write comments about how it turned out or if I want to change anything for next time, and this one’s comment is, “Wonderful! Rave reviews.” There are also people who have paid extraordinary amounts of money at our church’s dessert auction just to get their hands on this pie… I hope you have an irrationally exuberant Pi Day!

French Silk (chocolate) Pie (Don’t let the seemingly long list of ingredients and directions scare you; it is actually pretty easy to make, and I suggest a couple of shortcuts too.) 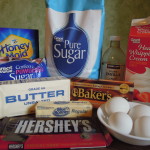 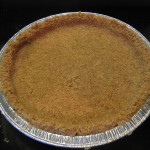 For the pie: (Warning: This pie is made with raw eggs that do not get cooked. If you are concerned about this, you may want to try to find pasteurized eggs to use. I have not been able to find pasteurized eggs myself, so I have always made this with regular eggs without incident. There are some recipes out there that call for baking the pie or cooking the filling and others that use a liquid egg product that has been pasteurized. I have never tried these alternatives.)

For the whip cream topping: (Shortcut: Use Cool Whip or another pre-made whipped topping instead of making your own.)