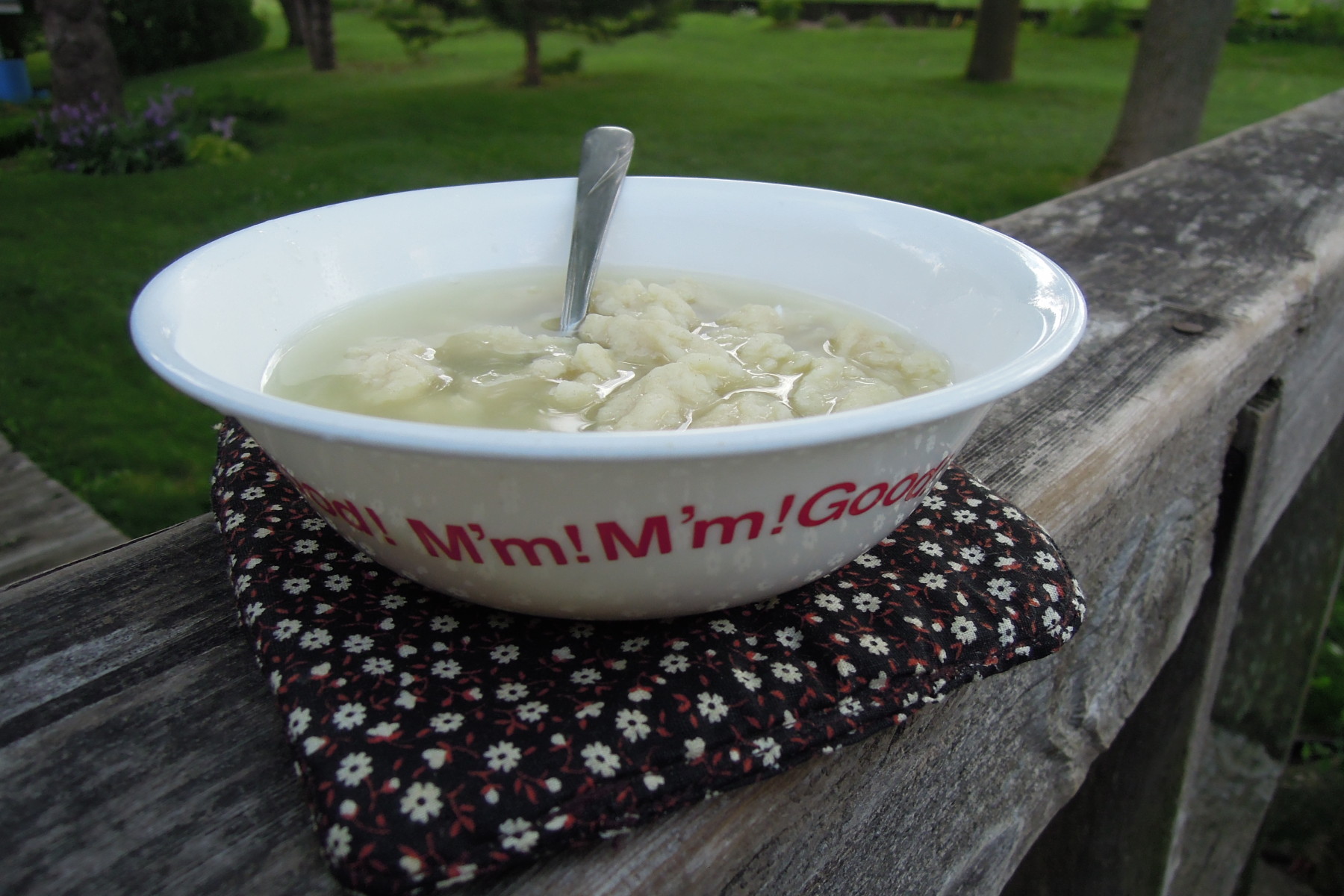 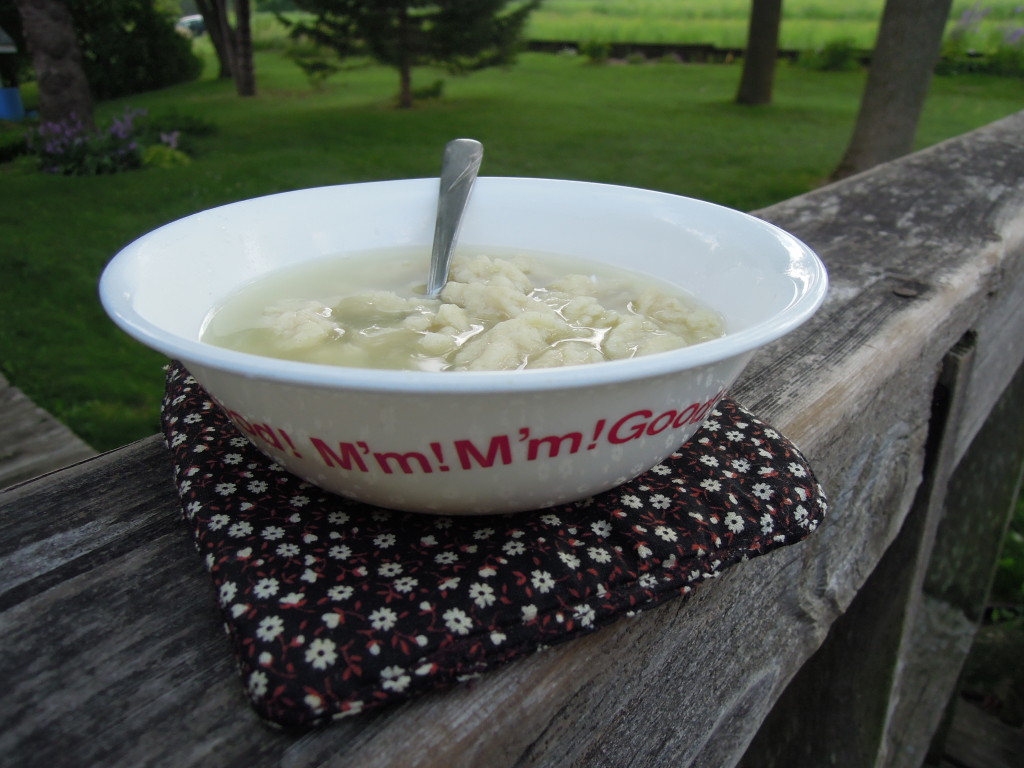 If you ask my Johnson cousins about their favorite foods while growing up, “soup with the yellow lumps” is sure to be near the top of the list. My immediate family also knows about lump soup because my mom made it too, but, for some reason, I associate it more with my Aunt Dort–the mom of the Johnson cousins. I have been visiting my extended family and hometown for the last couple of weeks, and before my trip I had thought about some family recipes I wanted to blog about while I was here. Lump soup was on my list.

When I mentioned lump soup in conversation with family members, everyone immediately knew what I was talking about and seemed to have the same fond memories as I. The Johnson cousins did dispute the name a little. To them it is “the soup with the yellow lumps,” not lump soup. It has probably been twenty years or more since I remember eating lump soup, but I found out that my cousins have carried on the tradition with their own kids. The next generation of our family loves it too. When my cousin Diane’s kids are home sick, they want the special soup.

I saw my Aunt Dort a few days ago and asked her if she would make lump soup for me and give me a little tutorial on how to make it. Of course there is no written recipe–that’s often how it is with old family recipes. In talking to her, I found out that my grandma used to make this and her mother before her too. It may go back even farther than that, but we don’t know for sure. Lump soup came about partially because of limited resources. The ingredients are few, inexpensive, and easily accessible, especially for my family that lived on a farm. It was a cheap meal to fill everyone up, and a great way to warm up in the cold Minnesota winter. Lump soup reminds me of childhood, my Aunt Dort, and summer dinnertime (which is lunch time to most everyone else). Try it and see what you think.

Ingredients: (These amounts make a large soup pot to serve a group–we fed 5 adults and 3 kids with a little left over. You can reduce the amounts for a smaller yield and a smaller group.)

*Note: The recipe has not been written down before, so the amounts below are estimates and can vary a lot from one preparation to another. The recipe is very forgiving. A little more or less of something isn’t going to ruin the recipe. You can tweak it to your taste–more or less seasoning, for example.

*The basic soup is chicken broth with lumps in it, but you can add a variety of other things to make it more substantial. My aunt and other family members have added rice, Ramen noodles, chicken, and vegetables. One of my cousins said she adds parsley flakes for a little color.

*The “lumps” are really egg noodles that have not been rolled out. If you want traditional noodles, you can roll this dough out and cut them into noodle strips and dry them. Lump soup is really a shortcut noodle and broth soup that could easily be adapted into chicken lump/noodle soup.

Source: Aunt Dort and my mom who learned it from their mom