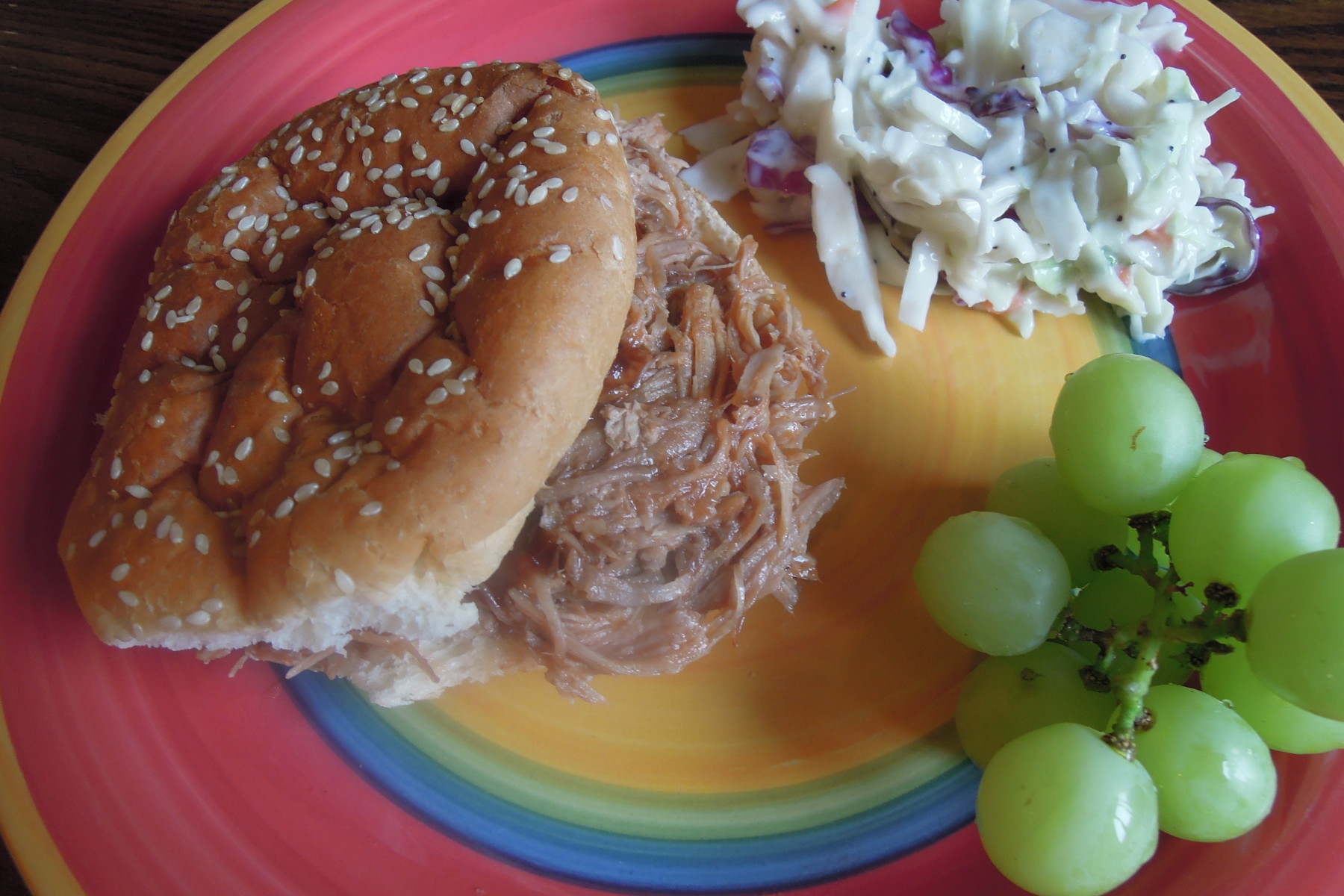 With the Memorial Day weekend coming up, most of you probably have visions of barbecue dancing in your head, but with all the rain many of us around the country are experiencing, the dream may not become a reality. Crock pot to the rescue! With this recipe, you can have delicious barbecue pulled pork, with little effort, no matter how much it rains. I’m a big fan of barbecue but don’t have the special equipment needed to make authentic smoky barbecue at home, and I am not willing to pay the price to eat it out very often. This easy recipe satisfies my barbecue craving and my budget. It’s also a great one to make when time is short because you only need a few minutes to tend to it at the beginning of the day and then again when it is almost done. Bonus: It is really fantastic!

If you want precise measurements and times, you will be disappointed with this recipe. It is more of a method than an exact recipe. This is one of those recipes that I just “pour” and “sprinkle” without having exact amounts. I am confident that it will still turn out delicious for you.

Note: The leftovers from this are great. You can easily freeze some to eat later or refrigerate and eat over the next few days. I had plenty left from my five-pound roast that I will be able to freeze in two containers for future meals for my family. 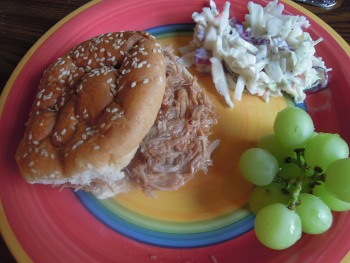